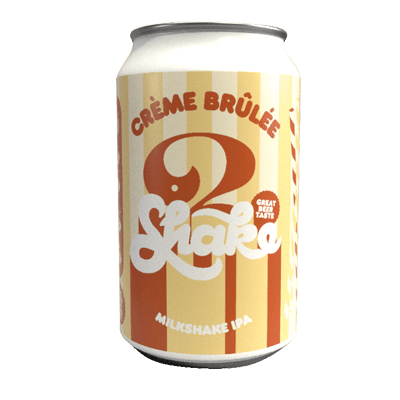 The beer that kicked off our Shake series "Salted Caramel Shake" - featured (among other things) a ridiculous amount of crystal malt and was surprisingly well received. After its 11th run through the brewhouse, we decided it needed a rest. 7 Shakes, 22 batches, and 18 months later, Creme Brulee Shake emerges as the older, more mature sibling to Salted Caramel Shake with the caramel fudge sweetness dialed back and a darker toffee note introduced, with more of a custard vibe to the flavour and mouthfeel. We triple dry-hopped it with the autotune of hazy hops - Simcoe, Citra, Mosaic & Galaxy - so we can still pretend it's an IPA.