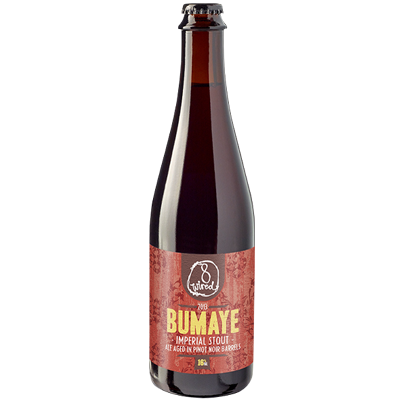 From the brewer: Sometimes - OK, rather often, actually - I find myself asking, "How far can we take it?" Keeping in mind that flavour should be the main objective at all time, the conception of Bumaye was one of those moments.

To make it we started out with the baddest Imperial Stout we have ever brewed, and then added loads of tasty sugars to the fermenter foe extra flavour. To smooth out the roughness, we allowed the beer to mellow in Pinot Noir barrels for 3 and a half years. Let's rumble!