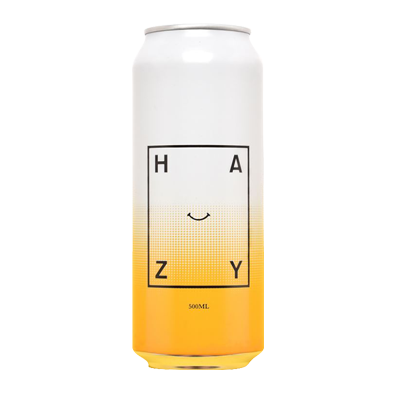 Introducing Balter Hazy - A special release beer from the mists of the Balter brewhouse.

Summer is swinging into high gear with a nationwide heat haze settling over the land. And, the best way to balance out those long, hot days is swinging back in a hammock with a cold Hazy in hand. This new Balter takes on a beer lovers’ favourite in a brew that concentrates on sun-ripe taste over pure cloud coverage.

“The evolution of the Hazy style of beer has been really interesting to watch,” says Balter Head Brewer Scott Hargrave. “At first, brewers suggested they be drunk from the can because they thought the misty look of the beer would put people off. It was all about taste. As they became popular, that message got clouded and some brewers started adding things in just to make the mix as hazy as possible. We’ve gone back to what all good beer is about - pure flavour. Sure, it’s hazy but that’s a side effect of delicious hops oils mixing with yeast, rather than being the hero feature of the beer.”

A full fruit bomb that offers quaffable sweetness, this special release style has emerged from a crowd favourite tap beer at Balter HQ and beer festivals around Australia.

“We had a style called Citrapalooza in our taproom and at some events as a limited release experiment,” explains Scott further. “It just marched off the taps. People kept coming back for more and more, then started asking when we’d put it in a tin. It was obvious this style of beer is here to stay, so we thought it was time to share that, whether people can get to our events or not. So, we tweaked things some more and here we are.”

Packaged in a 500ml ‘fruit cup’ colour-dipped tin to salute is tropical taste profile, Balter Hazy goes a little something like this…

If a weather app forecast the outlook on this beer it would say slightly cloudy with a downpour of juicy hops. Its luscious nectar showers your lips with a combination of candied orange, mango and passionfruit, followed with a refreshing breeze of bitterness beneath. Chill out, sip back and relax with a lazy Hazy.