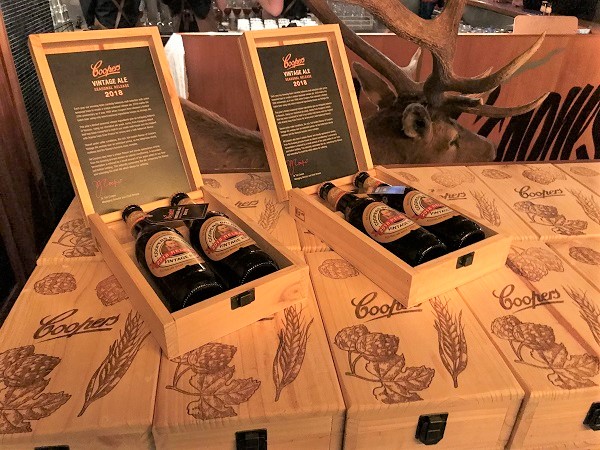 Was really great to be invited to the launch of the 2018 Coopers Vintage Ale last night. It's great to see a family business that just keeps thriving.

- Each year the recipe is different – this year the beer uses the Aramis hop, which is grown in the Alsace region of France and is the hop used in Kronenbourg. Alongside this is Westminster barley that is grown on Kangaroo Island and malted by Coopers in its new malting plant.

- The beer is one chance for the brewers at Coopers to really experiment with the brew – one constant however is that the beer is always 7.5% in alcohol.

- This is one beer that can definitely be aged – Coopers suggest that it can be cellared for up to 5 years, although if it is stored in dark, cool conditions it can be aged much longer (see fun fact below). At the launch we got to enjoy the 2018, 17, 16 and 15 variants – all really different and really enjoyable.

- This year the label takes a significant departure from previous years – it moves closer to the rest of Coopers ale range – using the famous Coopers roundel – the circular disc which is used across the rest of the Coopers ale range. The label also gets rid of the words ‘Extra Strong’ which has made it difficult in the past to introduce the beer into the US market and takes the image of Tom Cooper and rotates this 90 degrees so he is looking left rather than right.

- Interestingly the Coopers lager range doesn’t use the roundel but instead just uses the words Coopers in cursive writing.

- The beer itself is 55 IBUs (International Bitterness Units) – Vintages Ales of the past typically have hovered around this level, although they’re got as high as 60 IBUs.

- The beer itself has a ruby hue. It is very smooth to drink, has a sweet malt character and hits of vanilla and spice – it will definitely be an interesting beer to see how it changes over time.

Fun fact: in 2011 in our monthly beer club we featured Coopers 1999 Vintage - it tasted great! 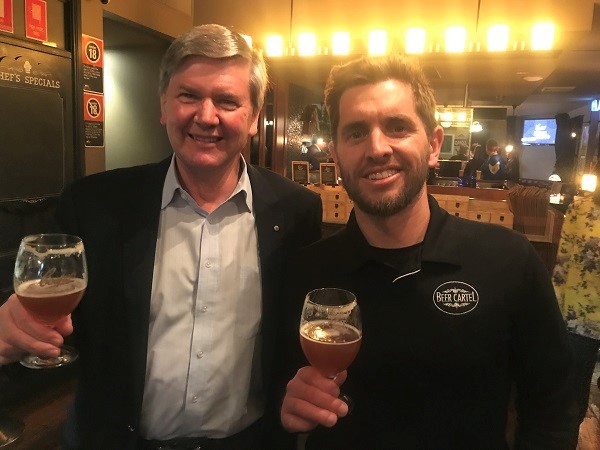 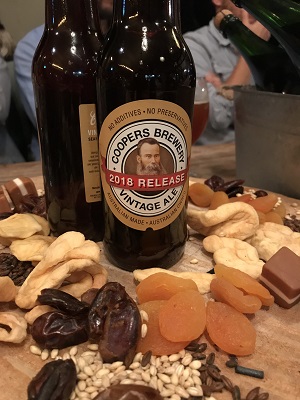 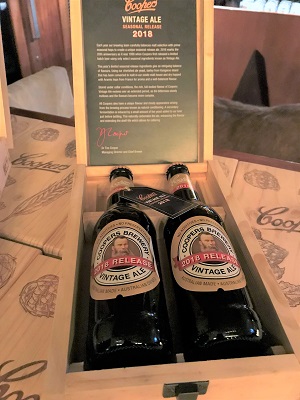