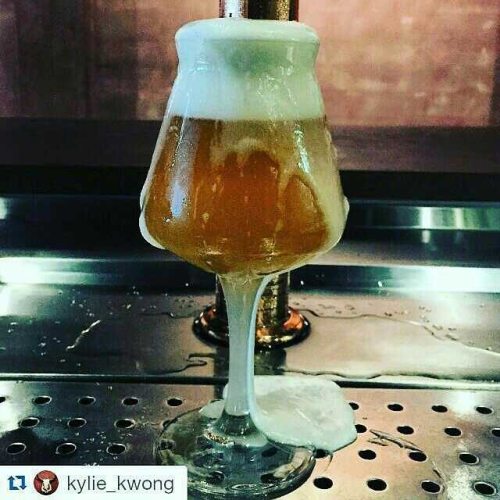 A question for you - or not really a question but more of a rhetorical statement.

Q. Who is the king of sour beer in Australia?

A. If you said Two Metre Tall from Tasmania you win the grand prize of $1 million dollars! (cue Doctor Evil finger point)

If you don’t know much about them their story is pretty interesting.

They started their brewery on farmland running alongside the River Derwent in Tasmania. Ashley Huntington was a winemaker by trade and had winemaking planned for the new location….. But instead decided to delve into beer & cider.

Their mission was to create a estate beer using local river water, grain and hops grown on the site and fermented with whatever yeasts and bacteria call that part of Tasmania home.

His approach to brewing is distinct from that of most brewers - instead of a cleanliness is king - he let the wild yeasts take hold.

At the time (9 odd years ago) when sour beer was an unknown concept in Australia there were many critics. Now his beers are now highly sought after, and with good reason!

We’ve got the great range in store & online: http://buff.ly/2e7wIPs

Love this photo by @kylie_kwong