Ten years on from its original launch, Beer Cartel’s monthly beer subscription gets a major overhaul with a focus on canned beers, more variety and limited releases.

In October 2009, founders Geoff Huens and Richard Kelsey started Beer Cartel as an online craft beer store. The premise of the business was to provide consumers with access to the most amazing craft beers they knew existed, but were not easily available. Beer Cartel was one of the early online retail pioneers in the liquor space, launching before the likes of Dan Murphy’s and Vinomofo.

The business originally operated out of a local Kennards Wine Self Storage shed before acquiring a store and warehouse in Artarmon on Sydney’s North Shore. One of the core products central to the business from its first launch, was its monthly beer subscription. In the past decade it has shipped over 30,000 craft beer subscription packs to 5,000+ members, providing access to quality craft beer from Australia and overseas. 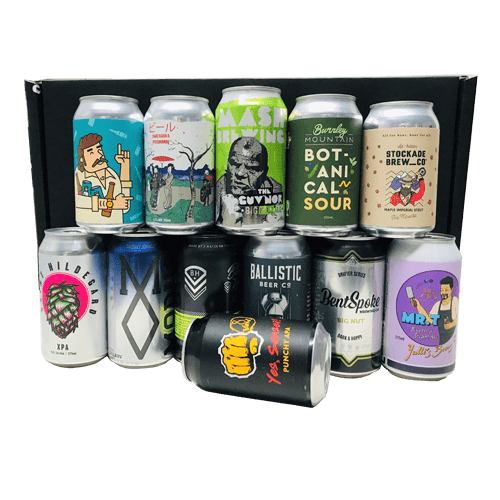 While a number of initiatives are planned to celebrate Beer Cartel’s ten years, one major area of focus is the relaunch of its monthly beer subscription. Richard Kelsey, Director of Beer Cartel said while the original beer subscription offer was great, it was time for a revamp to reflect how the market had evolved over the past five years.

“Not only have we seen that craft beer drinkers love trying a variety of beer through products like our Beer Advent Calendar, but we surveyed members who clearly told us that limited releases and variety were at the top of their wish list, so we’ve revamped our offer accordingly.”

Beer Cartel’s new subscription offer features more limited releases and only a single can of each, meaning more variety in each pack than ever before.

“We’ve kept it as a monthly subscription, but the pack formats have changed, including a shift to all cans. We have three tiers to the beer subscription with these varying by pack size and the mix of new and limited release beers.”, said Mr Kelsey.

The new offer had been soft launched over the past couple of months to gauge feedback. Mr Kelsey said the response had been overwhelmingly positive and its tenth birthday celebrations were the perfect time for the official launch. Alongside the new offer, this month’s subscription packs will include an anniversary beer, a red IPA brewed in collaboration with Ekim Brewery, which is also celebrating its tenth anniversary.

“We have a bit of a soft spot for Red IPAs and considering that Ekim is an IPA centric brewer, who just happened to also be celebrating its tenth birthday, a collaboration beer between us was an absolute no brainer”, he said.

Beer Cartel’s new subscription packs can be found at https://beerclub.beercartel.com.au/.

Beer Cartel is Australia’s leading craft beer bottle retailer, stocking over 1,000 craft beers from Australia and overseas. Purchases can be made from the Beer Cartel website (www.beercartel.com.au) and its Sydney store.