When it comes to pairing food with drinks beer can often be the forgotten cousin of wine.

This can be particularly true when you check out the menu of high-end restaurants. There will often be a suggested wine match, but beer gets left behind.

To us this concept is ridiculous. Beer can pair better with food than wine as it has a more diverse range of flavours and can really add the ‘wow’ factor to the food you’re eating.

Don’t believe us? Try a rich porter with some dark chocolate – it’s a match made in heaven!

Working out which beer style to pair with a dish however can be a daunting task due to the vast range of beer styles available.

To take the headache away we’ve pulled together some guidelines to make it easier. These aren’t hard and fast rules – feel free to experiment to your hearts content, but they will give you a good guide to creating some incredible beer and food matches. 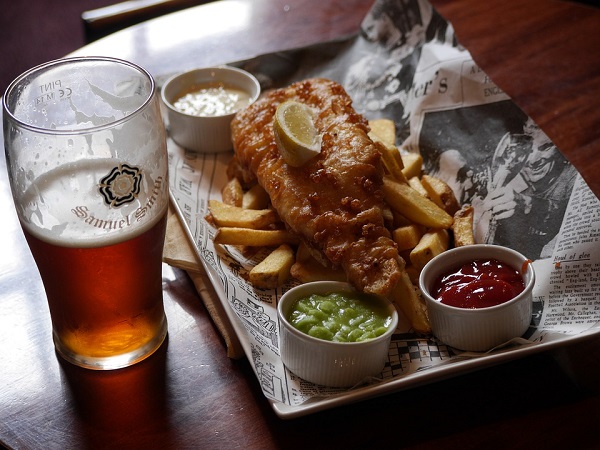 To get the most out of pairing beer and enhancing the flavours of food, there are four useful flavour concepts, each independent of the other:

1. Complement – Pair flavours that are similar between the food and beer. Match rich foods with beers that have heavy and rich flavours like stouts or porters. Pair light salads and fish with light beers.

2. Contrast – Pairing food with a beer that has a contrasting flavour can be a dangerous game, but it can also have big payoffs if done correctly. This involves choosing a dish with a strong, dominant flavour or texture and then using a contrasting beer to bring balance to the dish by toning down the dominant characteristic of the food but leaving the flavour intact.

If a dish has flavours that are too complex or mild, the flavours will muddle together. You want a dish that has a distinct taste that can shine through without being overpowered. An example of a good contrast pairing are oysters and stout, where the saltiness of the oysters and toned down by the maltiness of the stout (stouts with oysters included in the brew are also a thing too!).

3. Cleanse – Use the beer as a palate cleanser. This type of pairing is ideal for dishes that have overpowering or strong flavours like spicy food or fatty fried food. A nice pairing would be a spicy fried chicken and a light beer where the beer provides relief from the heat.

4. Avoid overpowering – There are many beers which have a rich and dominant flavour that can overpower certain types of food. Match intensity. If you have delicate food and intense beer, you are going to lose the food. As long as they are equal in intensity, they’ll speak the same language.

Pairing Beers Based on Style

Before making a good pairing, you’ll want to better understand individual beer styles as they do vary greatly in their colour, alcohol content, mouthfeel and taste. We’ve included some of the major styles below:

Taste: Brewed with a mixture of wheat and barley, wheat beers have a smoother texture and lighter carbonation than other styles.

Pairings: Wheat beers pair well with spicy foods as a relief from the heat.

Taste: Lagers are well known for their refreshing and crisp taste. Most lagers do not have strong flavour and rarely have a hoppy or bitter taste.

Pairings: Like wheat beers, they are ideal for pairing with spicy dishes. A lagers’ crisp and refreshing taste can cut through the spiciness of food and provide the much-needed relief from the heat. Lagers are also an excellent complement to lightly flavoured dishes such as noodles and salads. It’s no wonder then that lagers are popular the world over with their ability to work with spicy as well as lighter foods.

Taste: Golden or blonde ales are an easy-drinking beer with no dominant malt or hop characteristics. Golden ales are also considered a great summer thirst quencher with their low alcohol content. 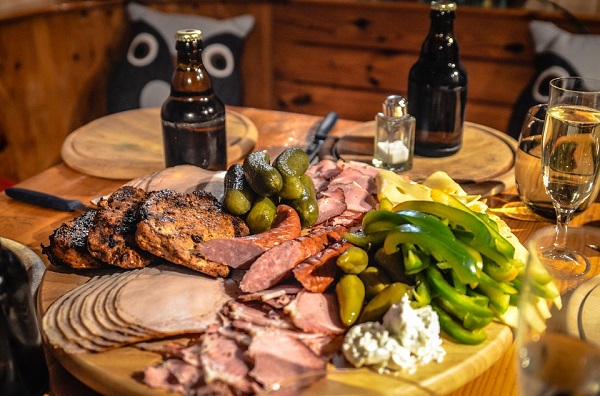 Medium beers have a deeper flavour than light-bodied brews yet are not as rich as dark beers. They are characterised by their colour which ranges from light gold to dark amber. Most beers within this category are 4%-8% in alcohol.

Taste: India Pale Ales (IPAs) are one of the most popular styles of beers in the craft beer scene today. They have a medium amber colour, with a medium malt profile and high level of bitterness. If you like bitter, floral, earthy, citrusy or piney flavour notes, you will like an IPA. Double and Imperial IPAs are more amplified versions of an IPA with a higher alcohol and even more pronounced bitterness and flavour.

Pairings: Lighter IPAs pair well with fatty and fried foods like steak and barbecue because the rich and meaty flavours of the food helps to reduce the bitterness. Not only do IPAs and Double IPAs have their own citrus-grove-like tang that works well with actual citrus flavours, their herbal components tend to bring out the fiery dimensions in other dishes. Aim for any strong flavoured food that can stand up to the bitterness of IPAs like Mexican or Indian foods.

Taste: Brown Ales are dark amber to brown in colour. They are not as hoppy or bitter as other medium-coloured beers. Beer aficionados tend to turn their noses up at brown ales because they lack the extreme flavours and hoppiness, but these are tasty beers which features an array of rich flavours including hints of chocolates, coffee aromas, molasses and bitter hops.

Pairings: Brown ales are among the most versatile of beers when it comes to food and beer pairings. They pair well with just about anything. The rich and dark notes of coffee and chocolate complement heavy meat dishes. And since they are not as bitter and hoppy as other medium beers, brown ales can also pair with delicate foods like fish and seafood.

Taste: Amber ales are characterised by their medium mouthfeel and colour that ranges from amber to deep reddish-gold. This style tends to focus on the malts but hop character can range from low to high. Expect a balanced beer, with roasted malt characters, notes of sweet caramel and a light fruitiness.

Pairings: Amber ales are excellent palate cleansers due to their dry, crisp finish. They pair best with strong-flavoured foods such as barbecue and spicy chicken. Amber ales are also perfect for pizza lovers while caramel and sweet notes complement smoked food nicely.

Taste: A dark lager is made of dark malts. The dark malt can give the beer a nutty flavour and provides a subtle but not overpowering sweetness. Although this style is dark in colour, they do not taste like stouts or porters. They are clean beers that get their dark colours from dark malts with no roasted character to them. They include amber lagers, dunkels and Oktoberfest beer.

Pairings: The roasted and nutty flavour of the malt in dark lagers makes it a perfect complement to hearty sausages and heavy stews which led to its popularity in European cuisine. They also go well with crispy foods such as burgers and pizza because the bready aspect of the beer complements the starchy crust.

Most people believe that dark beers are always very bitter and overpowering but in reality porters and stouts often have a mild flavour. They are easily recognised for their dark colour with alcohol ranging from 4% to above 10%

Taste: Stout are not as sweet to taste and feature a rich, creamy head. Dark roasted malts give the beer its flavour and colour. Stouts often use a portion of unmalted roasted barley to develop a dark, slightly astringent, coffee-like character.

Pairings: Stouts are perfectly paired with many kinds of desserts due to their chocolatey flavour and low alcohol content. Rich flavoured desserts such as chocolate mousse, cream puffs and dark chocolate complement the slightly bitter flavour of the roasted hops in stouts. Aside from deserts, stouts also enhance the taste of roasted and grilled foods as well as salty dishes and rich stews.

Taste: Porters are a dark style of beer originating in England. Though dark in colour, they are not very high in alcohol. Porters have a complex character - often described as rich, flavourful with medium bitterness and a sweet finish. They have a hint of coffee-like bitterness from black, chocolate, or smoked brown malts, but lack the big roasted flavour or bitterness of most stouts.

Pairings: Porters have a rich and deep flavour, so it is best to pair them with foods that have similar taste and texture. Like stouts they also pair really well with chocolate and chocolate styled deserts. 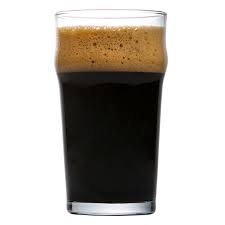 Balance is Key When Pairing Beer and Food

1. Match Strength with Strength – Delicate dishes work best with delicate beers, while strongly-flavoured foods demand assertive beers. A beers strength can come from its hop bitterness, sweetness, richness, roastiness or alcoholic strength. In food the strength of a dish can come from sweetness, cooking methods, spicing, texture or richness of the food.

2. Find Harmonies – Combinations work best when they share common flavour or aroma elements. For example, the clean caramelly flavours of an Oktoberfest lager will pair best with roasted pork, while an English-style brown ale will go great with cheddar cheese.

3. Consider sweetness, bitterness, carbonation, heat and richness – Certain qualities of food and beer interact with each other in specific, predictable ways. Taking advantage of these interactions ensures that the food and beer will balance each other. For example, foods that have a lot of sweetness or fatty richness can be matched with beers that have high hop bitterness or roasted malt. Carbonation is also effective at cutting richness. Malty sweetness also cools the heat so a hoppy beer with plenty of malts can balance the chilli heat of spicy foods.