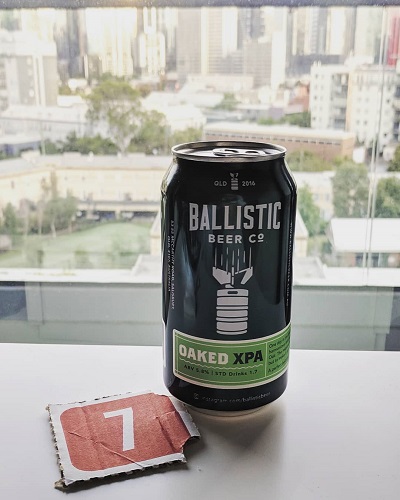 A truly harmonious relationship between Citra and American Oak. A perfect balance between Vanilla, Grapefruit & Lime.

In 2015, David, our founder, started looking for a site for a new brewery. After a year of searching, David located an amazing site in Salisbury. Once settled, he put out a call for a brewer and found Lachlan Carruthers brewing in London, keen to return to Australia.

During their first meeting, conversation naturally turned to what to call the brewery. As you might guess, David and Lachlan have slightly different personalities, so choosing a name was not going to be easy. After a few false starts, they focused on the local community and pretty soon discovered that Salisbury secretly produced much of the munitions used by the Australian army during WWII. Out of respect for the courageous efforts of the Salisbury community, we named our brewery Ballistic Beer and chose the keg bomb as our logo.