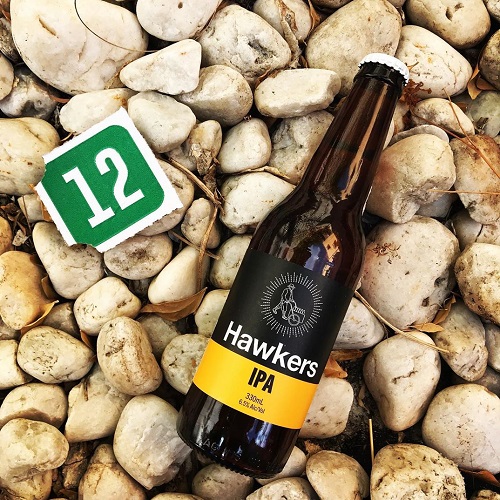 Hops, and lots of them! Bitterness with tropical, citrusy and piney notes that is balanced by a malty backbone.

"Founded back in 2014, and launched in February 2015, the company has its roots much earlier. Mazen Hajjar, our founder, started the Middle East’s first craft brewery back during the July 2006 war between Israel and Hizbollah. By the time he left, his old company was exporting beer to 26 different countries including Australia.

After one of his trips to Australia and while hawking beers in a Sydney suburb, the decision to start a brewery in Australia was made.

The name Hawkers is inspired from the street vendors, that roamed Australia from the early days of the colony. Many early immigrants were hawkers as they needed little capital and skill to push a cart and earn a living. Their activities were critical for the health of many regional economies and they helped spread the colony further.

Hawkers is a fiercely independent company, and with our unconditional commitment to spreading flavourful beer, we keep striving to achieve our goal of converting 100% of the market to drinking better beers."