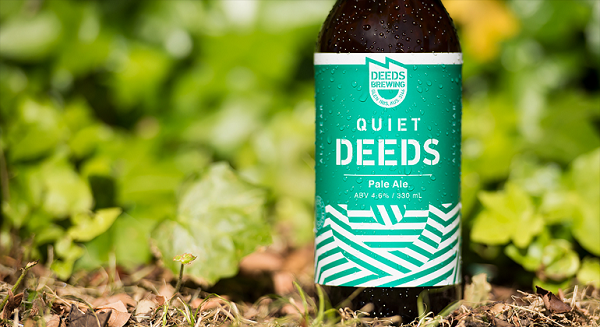 Our take on the Aussie Pale Ale is a full bodied brew made with Australian Cascade and the ever popular Amarillo Hop. Resulting in a beer which bursts of rockmelon & pinepapple with a subtle citrus finish that everyone can enjoy, regardless of how experienced your palate is.

Quiet Deeds was established in 2012 by childhood friends Patrick Ale & David Milstein. Both the guys studied Engineering and always had a dream of owning their own brewery. Like most Uni students they had zero cash but plenty of beer drinking experience. Not long after they graduated they started dabbling in the alcohol industry importing international beers with the bigger plan to make enough money to be able to build their own brewery.

Fast-forward 12 years later and after a long slog of hand unloading containers themselves and paying for beer on their credit cards they got great success with their imported portfolio which enabled them to be able to re-invest in their own brewery.

The meaning behind the Quiet Deeds name is all about sharing a beer with mates, Pat and Dave love nothing more than shouting a mate a beer, especially one they’ve made themselves.