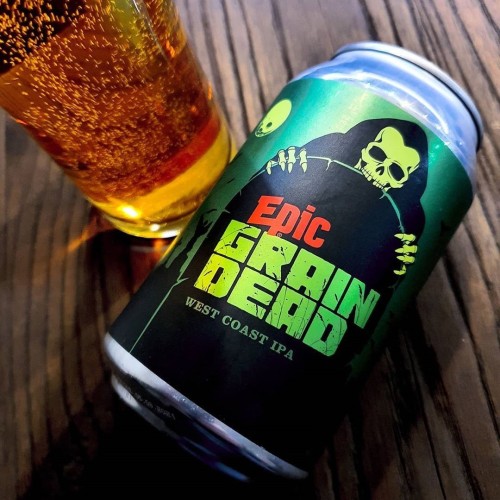 ⠀
Beer description: This year the West Coast IPA has a theme of horror films, so we went with the inspiration of New Zealand’s greatest horror film of all time Peter Jackson’s - “Brain Dead”. We have had a play on words and made it “Grain Dead” due to the fact this beer is so hop focused there is little attention given to the grain/malt character.⠀
⠀
We have smashed in a terrifying amount of Columbus and Citra hops into this beer. It gives an amazing green piney resinous hop aroma. The hop flavour is scarily aggressive, yet it’s balanced in a way that it is like a brain dead zombie that sneaks up behind you and bites you before you know it. Be aware, and be ready to enjoy this horrifyingly good West Coast style IPA.⠀
⠀
Available online & in-store: https://www.beercartel.com.au/epic-grain-dead-west-coast-ipa/⠀
⠀
Photo by: @that_hoggie_guy⠀