Described as ‘Disneyland for beer lovers’, the Australian leg of the GABS Beer, Cider & Food Festival certainly lived up to its name with a grand finale performance at Sydney Showground on Saturday 1 June. 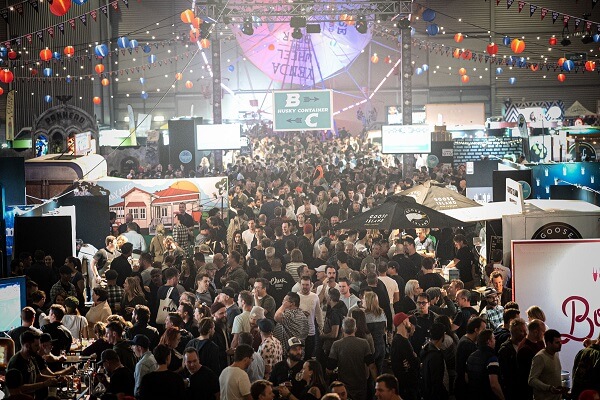 With a new Brisbane event added to the established Melbourne and Sydney events this year, the world-renowned festival attracted 44,500 attendees, a record for each city and overall attendance. Crowds ranged from passionate craft beer fans to the ‘beer-curious’, revelling in a celebration of craft beer and cider involving an indoor Ferris wheel, mind-boggling circus acts, beer can shaped piñatas, rib-eating competitions, and of course, the now famous festival wide singalong with GABS ‘house band’ The Ale Capones to bring each session to a close.

Over the course of the festivals, attendees were able to sample from up to 170 unique ‘Festival Beers & Ciders’ made for exclusive release at GABS, along with hundreds of core range and limited release brews from many of Australia and New Zealand’s leading breweries and cidermakers.

In 2019, the RateBeer People’s Choice Festival Beer was ‘Grape Bubblegum Sour’ from the Gold Coast’s Currumbin Valley Brewing. The 5% ABV Berliner Weisse style beer, which poured a deep purple colour, was inspired by Hubba Bubba’s Groovy Grape-flavoured bubblegum, described as ‘the taste of your chewy childhood’. Brewery co-founders Luke Ronalds and Peter Wheldon were thrilled with the public response to the beer and the recognition of the award, particularly considering they had only started brewing on their own equipment in October last year. They are currently brewing another batch to be released online via their website.

Favourite food vendors across each event were King Of The Wings (Brisbane), a tie between Biggie Smalls and Donugs (Melbourne), and Bovine & Swine (Sydney). 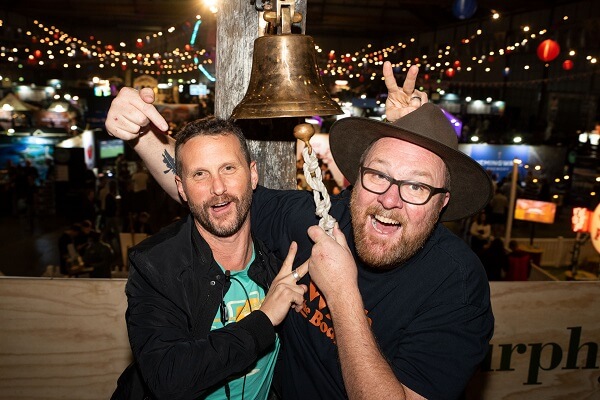 Tiffany Waldron, RateBeer Brand Manager, commented on the win: “Given that this was the first beer to sell out at GABS Brisbane, and had been a top trending beer on RateBeer throughout the festivals, it comes as no surprise. Massive credit to the guys at Currumbin - up against some awesome, weird and wonderful beers from the top brewers around Australia - and it’s got an overall score of 98 on RateBeer!”

GABS is also thrilled to announce that Yenda’s Ferris Wheel of Beer raised $20,000 for Fight MND. In four years, people riding on the Ferris Wheel have helped raise a total of $65,000 for the charity.

GABS now heads overseas for its final event in Auckland on Saturday 29 June. Tickets are still available at www.gabsfestival.com.