Welcome to this month's tasting notes and our latest podcast. For tasting notes scroll down, or to listen to the podcast simply click the play button below. 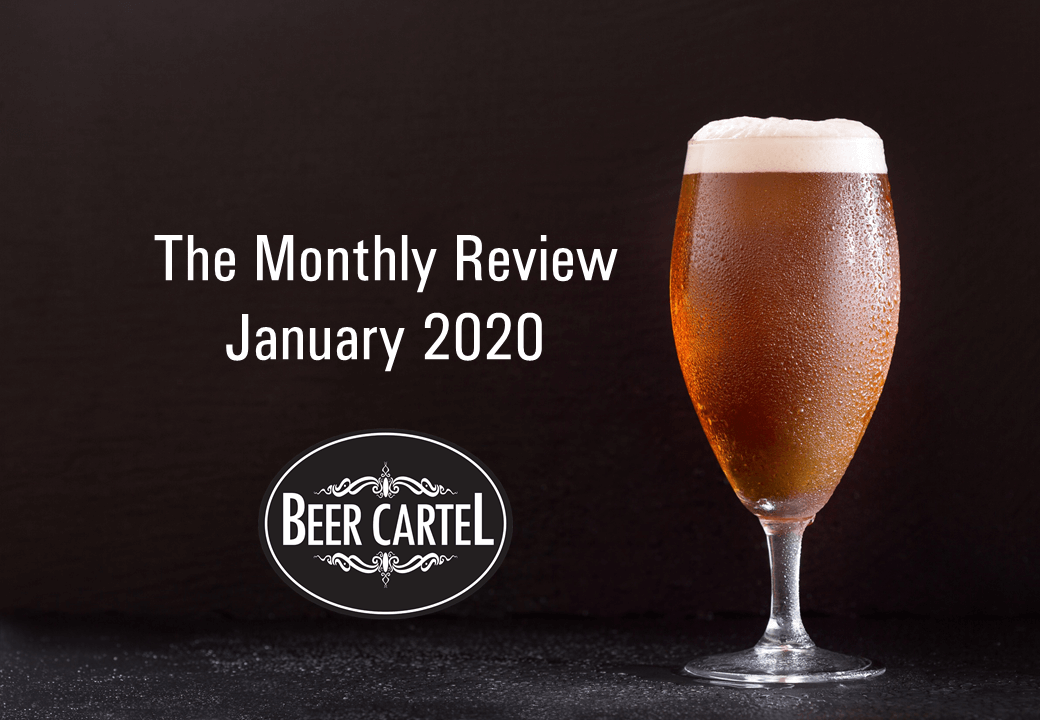 Our 21st episode is the first in what will be an ongoing monthly review episode. I am joined once again by Isaac Esposito as we name our top beers of the month, what we are looking forward to in February and of course wrap up and review the Hottest 100.

To go into the running to win a Beer Cartel Teku style glass, enter your details and code word in the form below.

Full list of beers included in January Quarterly Expert Beer Club subscription are below. Note different beers are included in different packs. This selection can also be seen at

First brewed for 2016 GABS Festival. This American IPA fermented with 100% brettanomyces yeast is a knockout of tropical pineapple, mango, peach, citrus and funky brett. With an addition of oatmeal, this beer has a silky smooth mouthfeel and a hint of sweetness.

Spritely is a refreshing, lemonade-inspired, Berliner-style pale sour ale with aromatic doses of lemon and lime and an effervescent and satisfying drinkability.

All Australian IPA has been brewed in the West Coast IPA style showcasing some of the world class ingredients available here in Australia. Galaxy and Cascade hops take centre stage alongside Australian grown malted barley resulting in a beautiful hop forward IPA.

A Pale Ale with heaps and Citra and Galaxy hops.

The 2020 Distortion is loaded with a silly amount of peach and generously dry-hopped with Galaxy for exuberant tropical fruit aromas. Pours cloudy, finishes crisp and refreshing.

Hastening from the deep, the arrival of the tumult. A deep, dark, brooding export stout. Vegan.

Wit the Funk Sour - Other

We make Wit The Funk with tradition in mind. Brewed with orange peel and coriander and fermented with wit yeast, brettanomyces, and our Terreux house mixed culture. Aged in oak foeders until final maturation, the result is a complex beer that's tart, funky, oaky, citrusy, and super drinkable. Sure, it takes longer, but WTF? It's worth it.

Wrap your Xtra Pale Ale loving lips around this bad boy. Floral, fruity, stoney goodness perfect for sipping next to the beach. Drink directly from the can or on tap at your local.

To The Eye: Deep luscious red velvet, with a mischievous glint of hops and a whole lot of attitude. Up Your Nose: Brazen punches of hoppyness and warming waves of goodness; a feisty scent set to rile you right up. In Your Mouth: Malt bursts onto your tongue and the raging hop kick in before the alcohol joins the fray. If this beer could talk, it would be banging on about how good it is.

The damn cool bastard all the kids are lusting after. This juiced-up haze monster slows down time and heats up the mood. With its soft, juicy mouthfeel, we’ve thrown bitterness out the window in favour of heavy tropical, grapefruit, lime and strawberry aromas. This Hazy Bastard is a must for everyone’s frosty pint glass.