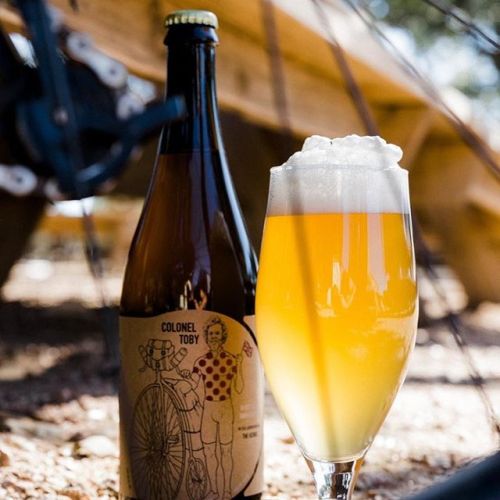 ⠀
Beer description: Colonel Toby was brewed on October 24, 2016 with Hill Country well water, 93% Crisp Maris Otter, 7% rolled oats, and Cascade hops. The 1.023 specific gravity (5.8 Plato) wort was fermented in stainless steel with Jester King’s mixed culture of brewers yeast and native yeast and bacteria. Prior to packaging, it was dry hopped with Citra and Centennial hops.⠀
⠀
Colonel Toby was packaged on December, 2016 and naturally refermented in bottles and kegs. At the time of packaging, Colonel Toby was 3.4 percent alcohol by volume, 56 IBU, 4.6 pH, and 1.000 specific gravity (0.0 degrees Plato).⠀
⠀
Available online & in store: http://bit.ly/2RGr8Vz⠀
⠀
Photo by: @jesterkingbrewery⠀