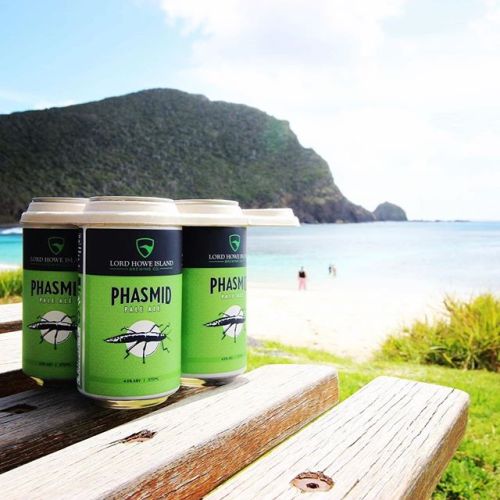 ⠀
Beer description: The Phasmid Pale Ale is American inspired and a nod to whaling ancestor, Nathan Thompson, who settled on Lord Howe in 1853. This bold flavoured APA provides an aroma of citrus and pine with hints of Lord Howe Island in every brew.⠀
⠀
The Phasmid, Dryococelus australis, The Lord Howe Island stick insect was thought to be extinct by the 1930’s, only to be rediscovered in 2001. Regarded as the “the rarest insect in the world”, with only 24 individuals living on Ball’s Pyramid, this beer celebrates the Phasmid captive breeding program to reintroduce them to the Island.⠀
⠀
Available online & in store: http://bit.ly/32f1XgS⠀
⠀
Photo by: @lhibrewing⠀