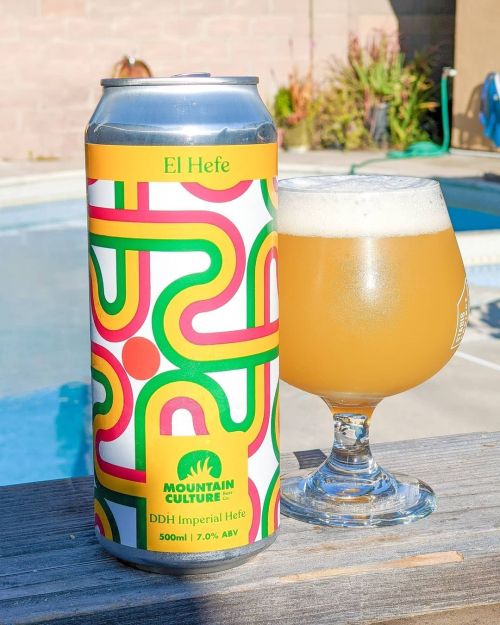 ⠀
Beer description: At Mountain Culture, we like to say adventure is at the heart of everything we do. And for this beer, we have truly embraced our adventurous side (or we’re just completely bonkers, depending on how you look at it) as we brought together two intricate brewing processes to produce something we’re not sure has ever been created before: a decoction mashed DDH Imperial Hefeweizen.⠀
⠀
Using a 50% under modified wheat malt bill as the base, we decoction mashed this alongside our under modified pilsner malt utilising three temperature rests before the late addition of hops into the whirlpool. Our house Hefe yeast strain captures those traditional banana and black pepper tasting notes to complement the gooseberry flavour and aroma from the Nelson Sauvin double dry hops that were used as part of the biotransformation process. The result? A hazy style imperial Hefeweizen with a pillowy mouthfeel.⠀
⠀
Now we know what you are thinking, what the ****? So were we. But has DJ ever led us astray?⠀
⠀
Available online & in store: https://www.beercartel.com.au/mountain-culture-el-hefe-ddh-imperial-hefe-500ml-can/⠀
⠀
Photo by: @petercubi