When most people think of Stouts Guinness usually comes to mind; a creamy and rich dark beer. But what really differentiates a Stout from other beer styles, apart from its dark colour and creaminess, is its roasted flavour. This comes from using roasted barley, a process similar to how coffee beans are roasted.

A Brief History of Stouts 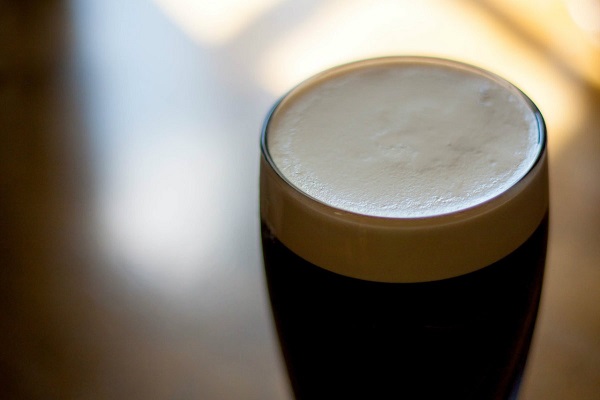 Traditionally, ‘stout’ meant ‘proud’ or ‘brave’, however around the sixteenth-century in beer vernacular stout began to refer to ‘strong beer’. The first mention of Stout (for beer) was found in an Egerton Manuscript (1677), which described Stouts as ‘strong beers’. In the 18th century, the use of ‘Stout Porter’ became popular and meant a strong, full-bodied version of the Porter style.

While many hold the tale that Ralph Harwood of Bell Brewery in Shoreditch was responsible for brewing the first ever  Porter style beer, it seems that stouts were in essence just supercharged porters. As a result, the history of Stouts and Porters are intertwined and to properly comprehend Stouts one must also understand Porters.

Porters originated in London and were extremely popular during the Industrial Revolution amongst a growing labour force, including porters from which the style is said to be named after. Stouts are believed to have come about due to the popularity of the Porter style with brewers wanting to create an even bolder version, AKA the Stout. Along with porters, ‘stout’ was used to describe strong versions of various types of beers, for example stout pale ales were a thing.

Since we cannot talk stout until we talk porter, let us look at the differences between the two types of beer.

There is an existing debate between porters and stouts because they only differ subtly in terms of taste and of colour. Generally dark brown to black in colour, stouts are originally an English style of beer that has also become popular among American brewers. Porter is considered the father of Stout, which was invented and popularised by Sir Arthur Guinness (who started the Guinness brewery).

According to ‘A General Dictionary of Commerce, Trade and Manufactures,’ published in 1810: "Porter may be divided into two classes, namely brown-stout and porter properly so called … Brown-stout is only a fuller-bodied kind of porter than that which serves for ordinary drinking. A great deal of this is exported to America and the West Indies."

Stout, not as sweet to the taste, features a rich, creamy head and is flavoured and coloured by barley. Stouts often use a portion of unmalted roasted barley to develop a dark, slightly astringent, coffee-like character. In other words, stout, particularly brown stout, was simply the name for the strongest version of porter.

There is six designations of stout: dry, sweet, oatmeal, foreign extra, American, and Russian imperial. Porters, on the other hand, are categorised as brown, robust and Baltic. The main difference between the broader styles today seems to be that stouts are drier and toastier, and porters are more malty and full-bodied.

Both Porters and Stouts can range from medium brown to black in colour, be moderate or high in alcohol, be top or bottom fermented, and can have high or low hop rates. They’re diverse creatures.

In the past, Stouts usually ranged from 7% up to 11% ABV. Today, many great Stouts can be complex and lower in alcohol, with beautiful roundness and just a touch of roast in them. There are five key styles of Stouts: Sweet or Milk Stout, Dry Stout, Oatmeal Stout, Foreign Stout and Imperial Stout.

Milk stout is a stout containing lactose, a sugar derived from milk, which adds sweetness, body, and energy to the finished beer as it cannot be fermented by beer yeast. Milk stout was considered nutritious, and was given to nursing mothers. The Mackeson stout is the classic surviving example of milk stout first brewed in 1907. 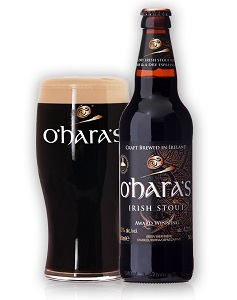 No beer style is more intertwined with a single country than dry stouts are with Ireland. Also known as Irish stouts, the most distinguishing characteristic of a dry stout is the black, opaque appearance which comes from the use of roasted barley. The roasted barley gives stout not only the deep colour, but also the assertive flavour of bitter chocolate and espresso. The roasted barley contributes to the dry sensation after drinking a stout.

Dry stouts are also the most common type since it has a light-headed body making the beer highly drinkable.

Oatmeal stout is a stout with a proportion of oats, normally a maximum of 30%, added during the brewing process. The history of adding oats to beers traces back to medieval Europe when oats were a common ingredient in ale, and proportions up to 35% were the norm. The practice of adding oats had largely died in the 16 th century because of the bitter and astringent flavour of oat beer. There was a revival of using oats as an ingredient in beer due to the association of porridge with health in the 19 th century – using as much as 70% oat malt in beers. In the 20th century, however, many oatmeal stouts contained minimal amount of oats. The 1936 Barclay Perkins Oatmeal Stout, for example, used only 0.5% oats.

As a brewing ingredient, oatmeal is one that is used sparingly. The higher oil content of oats provides a silky-smooth, almost slick mouthfeel and one that acts synergistically with the excess protein to produce a full-bodied, rich brew that is slightly sweet, but not cloying. 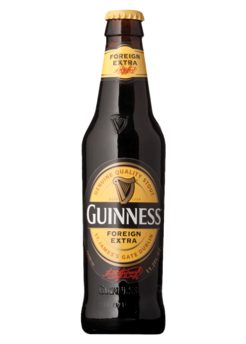 Originally, this full-bodied style was a strong stout and was typically brewed for a long journey. It has garnered the name of Foreign Stout because it has been exported to British territories at high rates and thus considered a luxury. The high alcohol content and hopping rates helped the stout survive the long and turbulent shipping journeys.

Today, Foreign stout occupies a position between dry stout and imperial stout. It is sweeter than a dry stout but not as robust as an imperial. It is less fruity and less hoppy as well. Foreign stouts are sometimes made with local grains and adjuncts – sugar is not uncommon. Alcohol ranges from 6-9%. 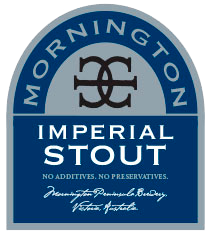 A step above Foreign Extra Stouts, these Stouts usually have an ABV between 8%–11%. The most well-known being the Russian Imperial Stout which is said to have been inspired by Catherine the II, an eighteenth-century Russian Empress.

Imperial stouts are usually an extremely dense brown to black in colour with flavours that are intensely malty, deeply roasted and sometimes with accents of dark fruit (raisin, fig) and chocolate. The bitterness is typically low to moderate.

You can see our full range of  Stouts and Imperial Stouts here.