A few months back we ran an article about the 12 best beers in the world. We thought we nailed it. But judging from the flurry of subsequent comments and twitter rants we received, it looks like we missed one crucial brew that for many is a key part of their day-to-day beer needs.

The Shower Beer - The 13 th Best Beer in the World?

Now immediately you’re probably thinking ‘Really? Shower Beer article in 2017? What’s next a piece about the rise of the West Coast IPA??’ Ok, fair shout. We hear you. Shower Beers and their devotees have been around for a while. So much so they’ve inspired beer clubs, tenuous products and more reddit posts than are healthy to consider (and definitely NSFW).

But with the recent clamour for Shower Beer®, a 10% Imperial Pale Ale that doubles as a conditioner,created by Swedish microbrewer Pang Pang, it looks like drinking while absolving yourself of filth or #brewbathing as I like to call it, isn’t going away any time soon.

In fact Pang Pang sold out in record time with huge demand for more. This, despite the fact that their marketing materials highlight one of the more obvious dangers when knocking back a 10% Pale in a confined, slippery space. 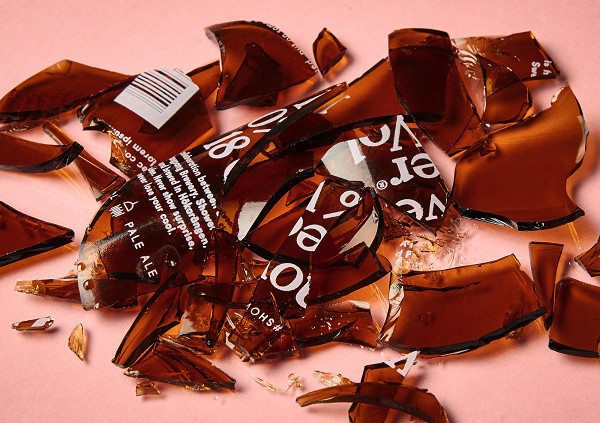 I mean seriously, who let that one make it to print??’

What’s more, like all great religions, apostles of brewbathing are starting to bicker about the best place of worship - is beer best consumed in the shower or bath?

At Beer Cartel, we’re not afraid to tackle the meaty issues facing the industry. So which really is best? After all, can you draw comparisons between beers that on the surface perform different functions for different moods and occasions?

Let’s find out. Hit play on the below to get yourself in the mood. Get naked if you must and let’s see if we can’t settle this once and for all. Shower Beer vs. Bath Beer. Which is better?

A Case for Shower Beers:

Like any good amateur content writer living in this post-truth world, I take all my ‘facts’ (alternative or otherwise) unquestioningly from the internet.

And according to contemporary sources (Reddit) the humble showerbeer (one word), started gaining internet popularity in US college dorm rooms, as frat boys hailed the pastime for its ‘pre-drink’ perks.

At this point it’s worth mentioning that the ritual of consuming alcohol while bathing goes back way before then. But if you’re hoping for a detailed history of cultures who drank while de-stank-ifying themselves, you’ll be left disappointed. It seems that shower beers, much like twerking and sub-prime mortgages are a 20 th century phenomenon (and doesn’t that say a lot for the times we live in?).

So for the best place to start when settling this issue, it is, unfortunately back to the frat boys…

An Efficient Way to Fast-Forward Your Trip to A&E?

According to Brandon Wenerd, editor of Brobible.com, it all comes down to time management. Much like putting the word ‘bro’ & ‘bible’ together.

“The showerbeer is the ultimate lifehack for pregame efficiency.” He says.

“You’re killing two birds with one stone: cleaning up, while getting your chillax on with a brew.”

So what can we learn from this scholarly fellow? Clearly shower beers started off as a means of getting your pre-drink on as early as possible. A functional benefit that saved time on your night out and created efficiency - The efficiency I assume of making sure you could get your stomach pumped and still have time for a kebab before lights out.

But while the allure of alcoholic ablution may have it’s roots here, much like brettanomyces left on a hot gym shoe, the reasons behind the internet’s love for shower beers have spawned and mutated into something more complex and often, down right dirty. Functionality it seems, isn’t the whole answer.

Drinking While Washing: Greater Pleasure Than the Sum of its Parts 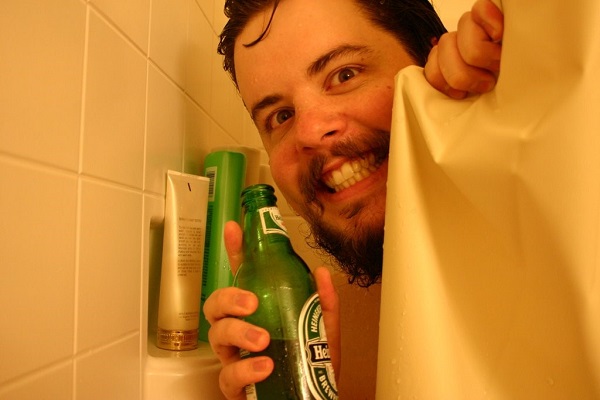 Just look at any image of someone indulging in a Shower Beer (Exhibit A above) and apart from the nakedness, and the beer, and the shower, there’s one thing everyone has in common - A look of sheer ecstatic refreshment all over their beery, soapy faces.

Beer and showers it seems are today more about enjoyment: Two already indulgent activities made far better when combined. It’s not about saving time anymore, it’s about cherishing the time you have before getting up again and heading out into a world controlled by a man who says “bigly”.

There’s something satisfyingly naughty about cleansing your mind and body with a hot shower while refreshing your soul swigging a cold ale. Something contradictory that makes both better. Like having a burger after the gym. If you’re being hard on yourself, the two are probably better enjoyed at different times – but that’s just the point. The whole is better than the sum of its parts. And add a ‘friend’, whether a mate or a potential one, and the opportunities for pleasure suddenly seem boundless.

Clearly then indulgence and refreshment also play a huge part in the experience. But is that the whole story behind shower beers’ unerring popularity?

Again, it seems the internet disagrees. In fact the internet, as is often the case, can’t seem to agree on much. But does that really matter? Shower beers are incredibly versatile. Taxi arrived early? Shower beer. Boss found your homebrew kit in the office? Shower beer. Bored and looking for a quick thrill before the footy’s on. Shower beer. The ‘why’ matters less when it comes to shower beers, it’s all about the how and the what. It’s you and your choice of beer. And the shower. That’s it. 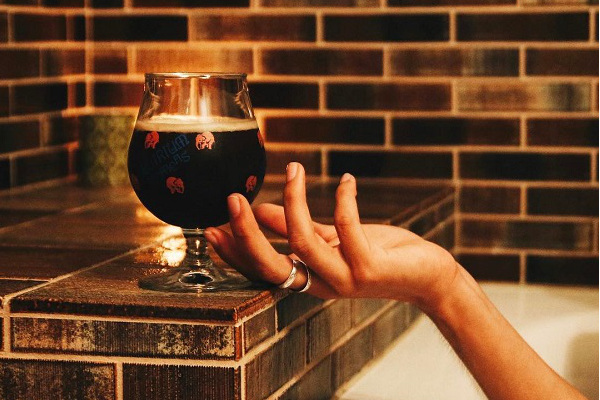 Bath Beer - One of the world's greatest pleasures?

Of course the same can’t be said for Bath Beers. Taxi waiting outside? Don’t reach for the Radox. The Bath Beer community, and it is a community, are understandably more chilled out and less frequent posters. But to say that they are less passionate than their shower going brethren would be a mistake. Unlike the versatile Shower Beer, Bath Beer enthusiasts are clear about what they’re getting from the experience. Luxury. Unbridled indulgence and relaxation.

If you can put up with scrolling through picture after picture of people so nearly showing you their junk, then just take a look online. They’re all as blissed out as is legally possible. And on the face of it, it seems that darker, stronger beers feature more prominently in their line ups. Of which I, for one, massively approve.

Now of course I’m not suggesting you should take a half dozen Aventinus Weizen-Eisbocks into the tub with you. Bath beers do have their downsides. Namely drowning. A 12% beer and the wrong choice of streamed content and you have yourself a one-way ticket to snoozeville. This, when up to your chin in warm, sweet smelling water is considered a bad thing. Clearly then more planning and thought needs to go into the Bath Beer. And like with many things planned, anticipation may well be half the pleasure.

So What the Hell is the Answer?

Normally with this kind of article, you’d tie it off at this point, in a politically correct but deeply unsatisfying non-answer to the question – both shower and bath beers have their devotees and their pro’s and con’s; but let’s leave it at that.

Not here. Not with me. I’ve spent too long exposing myself to beer and water (wow, that came out wrong), to not present my humble opinion. But please internet. Remember it is just that. My ill-informed, totally subjective – not speaking on behalf of the other Beer Cartel staff’s - opinion. And it’s this. Bath Beers are better.

Showers and beers, to me at least, seem at odds with one another. Apart from the fact you’re probably going to get hot water in your beer, you also have to avoid glass at all costs, and ultimately I’m left with a sense that I’d do either activity better without the other. Call me paranoid but every time I get into the shower with a beer I’m left wondering if my flat mate is going to come home to discover me on the floor, draped in a shower curtain, knocked out after slipping over mid swig – and what he would do, and most worrying, what would he post online.

Most importantly it comes down to this. When I go to a bar I don’t wait until it’s nearly closing time, stand in a cramped corner and quickly gulp down my beer.

Good beer should not be rushed. Every mouthful should be savoured. If beer and shower have the potential to cancel one another out, I can only think that a good beer and a hot bath, much like Roy & HG, like Warnie & McGarth, only bring out the best in one another.

If you’re still unsatisfied and want the best of both worlds – the indulgence of the bath, but the refreshment of the shower – then leave it to the Czech’s to bring us the Holy Grail – beer spas.

Dan Sandy is an ex journo and ad man from London who saw the light and decided to devote himself to beer. Having worked for Nomad Brewing Co. in 2016 he now works at Beer Cartel and occasionally writes and ruminates about the good stuff.