A couple years ago I read a blog post by Logan Thompson from Blog About Beer regarding his  Top 5 Beers In The World and it really got me thinking. Fast forward a couple years, I’ve revisited his blog and decided to add my 2-cents worth as I always thought there were a few missing from his list. Sorry Logan!

My final Top 12 Beers In The World are in line with Logan’s original viewpoint.

It is fundamentally impossible to have a top beer list given the subjectivity of beer, and the sheer volume of beers produced worldwide.

How can anyone truly come up with a Top 12 List that will resonate with everyone's experiences, tastes and access to beers?

Well I think I’ve cracked a list that everyone CAN agree on… well, as long as you are a beer drinker.

So remember that beer, and occasionally toast it, because without it your beer love affair and journey would never have started. I often call this an epiphany beer and for me it's  Chimay Blue. 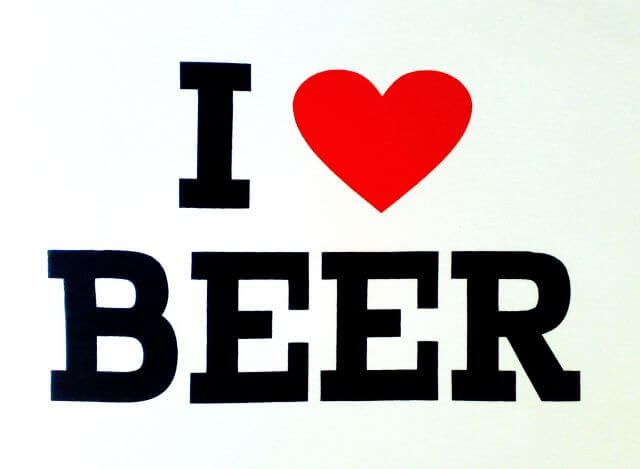 If you have a beer in your hand, you’re doing pretty well. 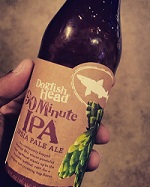 3. The Beer You’re Having Next*

What’s better than the beer currently in your hand?

The one that’s coming next.

When your beer glass is nearly empty it can be a sad time. Yes that is a pessimistic view, but your beer is almost finished! This sadness can be turned around though knowing, while one beer is being finished another isn’t that far away... 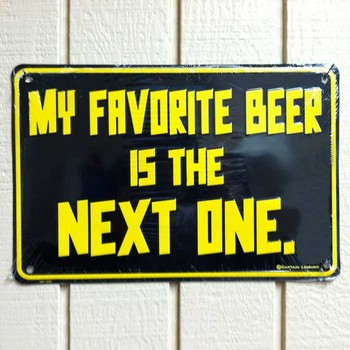 This is the beer you're having when you weren't expecting to have a beer.

Ever had the experience of running into a friend unexpectedly who you haven't seen for a while?

It also just so happens you both have the afternoon off and are free for a beer. Perfect!

So off to the nearest watering hole to catch up and have a couple of pints of your favourite nectar. Ironically this is often the way the “Best Night Out” starts out too… but I’ll leave that for another blog post.

5. The Best Beer You Can Remember*

Everyone has a handful of beers that give them a happy feeling when reminiscing on it.

It might not be the best technically crafted beer in the world, but to you it makes you happy. It’s the beer that fills you with nostalgia and joy, and for just that brief moment takes you back in time. Maybe it should be the Time Machine Beer!

Lets face it, every beer tastes better on holidays.... YOU are on holidays!

You’re relaxed, carefree and don't have a worry in the world. Except maybe questions about what time the bar closes and where the nearest craft brewery is located. 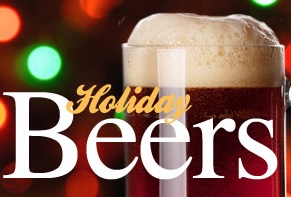 Maybe it was a beery gift from a friend using the beer economy as a way of saying thanks. Or maybe it was the backyard BBQ where someone offered you a beer.

Of course some free beer tastes better than others, but when you don’t have to pay for it that’s an upside. And if the free beer being offered is really that bad then most often you can opt for a free glass of wine or cider. 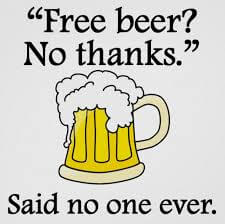 8. The Beer You're Sharing with Friends or Family

Beer is awesome in its own right, but it’s beers ability to be the social lubricant that certainly does make it shine.

There aren’t many other drinks in the world that are so strongly associated with friends, family and good times. So if a beer brings you and others closer together to enjoy good times, then that’s a beer worthy of making it on this list.

Like Logan, I also believe everyone who loves beer should brew at least one beer to help them appreciate the craft.

This is the love of your labour moment of enjoyment. Not all beers you attempt will be hits, but the fact that you made it is pretty awesome.

Bonus: if a beer you made is enjoyed by others, as well as yourself, you’ve got to be on a winner.

I don’t know if this is directly linked to my childhood experiences of having a sip of dad’s beer after he’d been mowing the lawn in Summer and I was helping in the yard, but how good is the first sip of a beer you’ve really worked hard for?

And this isn’t just a beer to be had after busting your back and breaking a sweat outdoors. All you office workers can indulge in this one too. It’s possibly the reason why Friday after work drinks are one of the best things to look forward to at the end of the work week. 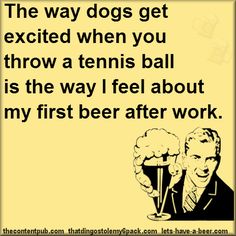 Bonus: if you are enjoying an after work drink and it’s being shouted by the boss then it’s gotta be doubly good, refer to number 7.

11. The Beer You Got at a Ridiculously Low Price Because the Liquor Store Didn't Know What They Were Selling

Admittedly this one is more for those that hunt out particular beers or know what to look out for, but bear with me because it will resonate with anyone that likes a bargain.

Look closely at the first photo below. Can you see what beer is in the middle of this $2 bargain bin?

It’s a beer called  Westvleteren XII and often rated as one of the best beers in the world.

It's a fantastic beer but the Monks that brew this beer make a ridiculously small amount and don’t produce enough for the world’s demand. As a result supply and demand economics means this beer often retails for about $12 - $20 Euro in Belgium, where it is produced, and about $65 on the other side of the world (Australia). So imagine the love this person had when they found it in the $2 bargain bin at their local liquor store! 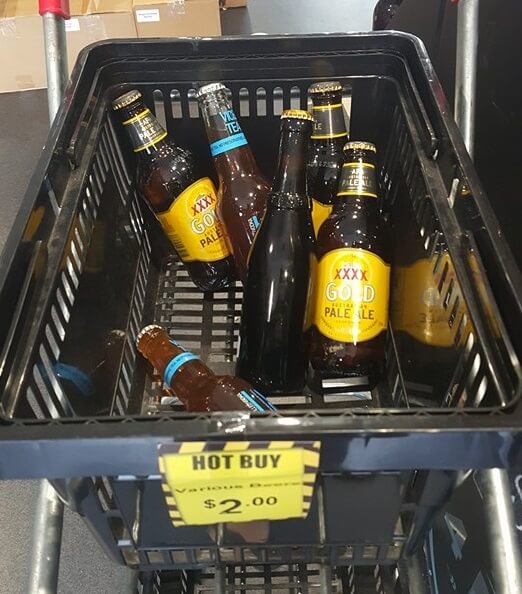 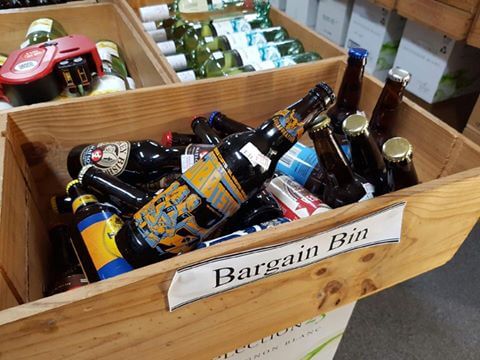 12. The Back of The Fridge Beer

I am a sucker for this one.

The main reason being that I buy a lot of different beers and stash them in every nook and cranny of the fridge. This means from time to time a beer gets hidden at the back of the fridge which I’ve completely forgotten about. It isn't until I shuffle my way through the beers that I find some hidden gems. And when I do, it’s off with their heads and into my belly! 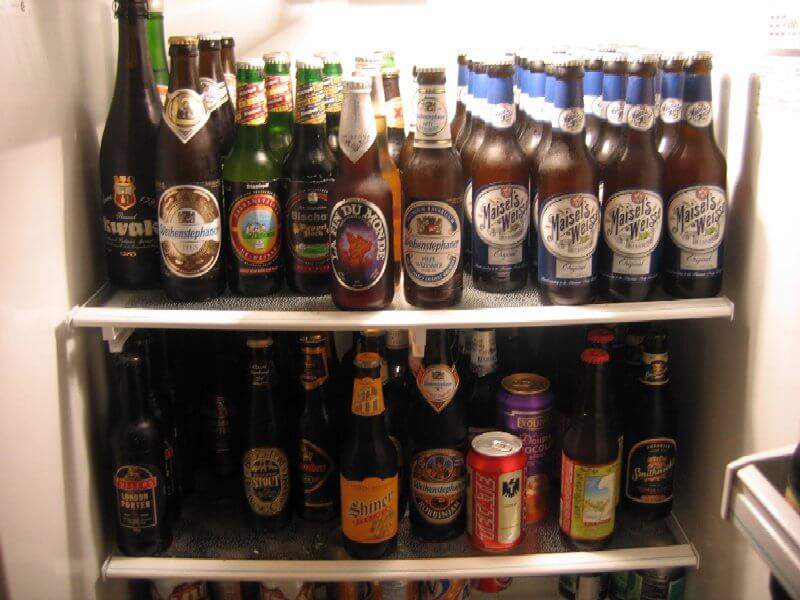 I’m sure this list could go on for another 12 but I’ll leave it at that. What are your top beers? Let us know and feel free to share this list.