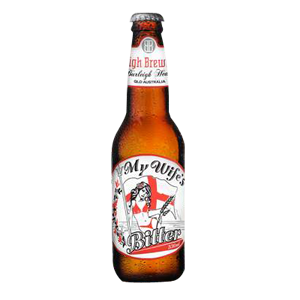 Originally from Burleigh Brewing's "Bit on the Side" department this is a great QLD drop which was only recently released in 330ml bottles (2011).

Inspiration was abundant for this latest brew from the little award-winning Gold Coast Brewery, with Brew Master Brennan upholding tradition, developing a beer named after his wife (and CEO) Peta.