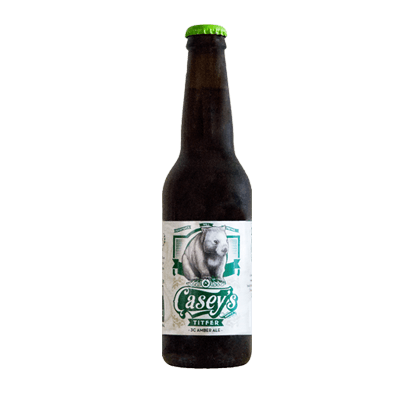 I call Titfer a 3C Amber ale for the hops in it Centennial, Chinook and Cascade. At around 37 IBU it is the most bitter of the three beers, and it has lots of hop flavour and aroma from very generous use of hops late in the boil, and dry hopping in the tank.

To carry both the bitterness and hop character, Titfer has a solid malt backbone.

It is mashed at a lower temperature and fermented with a dry finishing American yeast. The result is a toffee sweetness set against a dry malty background with a nice hoppy aroma.