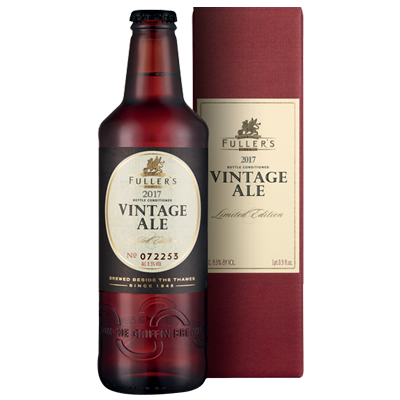 As the new Head Brewer, this 2017 edition of Vintage Ale champions a new American hop variety Denali, used to give the beer a citrusy, pine-like flavour and a new British malt variety Laureate. Combined with trusty British hops Target and Goldings, our 21st Vintage Ale is a well-rounded and balanced beer with Fuller's yeast adding the orange, marmalade characters to it.