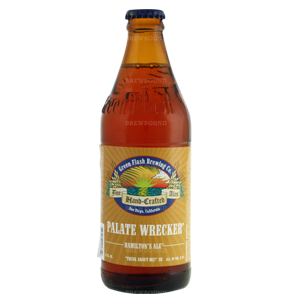 Palate Wrecker was originally brewed for the Hamilton's Tavern 2nd Anniversary celebration. It's the most complicated West Coast–inspired IPA we have ever brewed—mashing and sparging with hopped wort, in addition to our hop layering regimen for IPA. We use almost 6 lbs/bbl of Columbus and Centennial hops to create this very bitter hop monster (tested at 149 IBU and no extracts in case you were wondering). By popular demand, it is now released for the world to enjoy (even though this beer isn't for everyone, only the real hop heads!!!