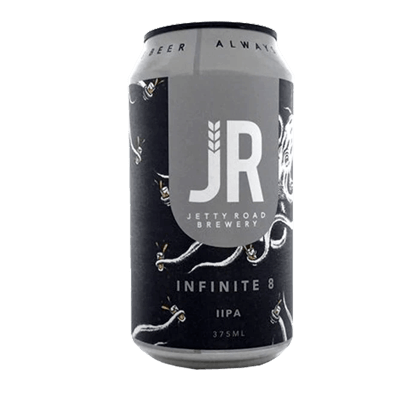 Infinite 8 started as a concept more than a tried beer recipe. Local artist and friend Josh Brown painted an awesome octopus on our mural in the tap room. Founding member JP had it printed on his delivery van. Our run of octopus merch sold out. The brewery became full of octopi and references to the number eight were too hard to ignore. Infinite 8 was born as a concept, eight of everything.

With a sweet silky body that conceals the alcohol, balanced perfectly with a generous addition of eight hop varieties, the Infinite 8 layers beautiful citrus notes, dank and piney undertones with a big modern tropical fruit flavour. This beer will be one to remember.