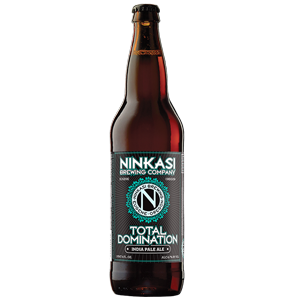 Multiple hops collide in balanced perfection, dominating the senses and achieving total satisfaction. From the Pacific Northwest, birthplace of the modern IPA, comes a beer whose name says it all.

Total Domination IPA has a citrusy, floral hop aroma, and big hop flavour balanced with a richness imparted by Carahell and Munich malts. This beer is a big flavourful Northwest IPA that maintains its drinkability, and as such, has garnered great admiration from the novice craft drinker and the seasoned hop-head alike.