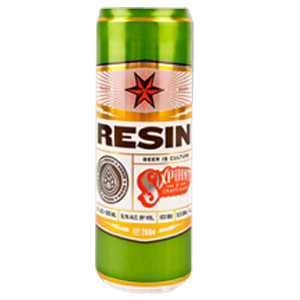 This is a never-before-released, big beer in a slim, 12 oz. can with a potent burst of hops and as strong as an ox: Resin. We zeroed in on the botanical structure of the hop cone to get to the essence of this beer. When hops are at their peak maturity, their cores swell up with a sticky, golden, resinous substance that is the flavour you crave from an IPA. WIth an IBU of 103 and ABV of 9.1%, Resin can be loosely described as a double IPA — but rarely do Sixpoint beers adhere to any strict style demands.