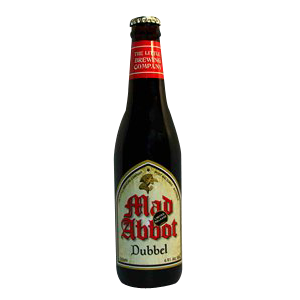 Made using the highest quality, fresh natural ingredients and contains no preservatives or additives. Not pasteurised so that the beer retains its full flavour.

The Little Brewing Company's Mad Abbot range of ales are produced in the style of the Trappist monasteries of Belgium. These ales are bottle conditioned resulting in yeast settlement in the bottle and undergo months of careful cellaring before release.

It is an excellent pair with strong cheeses and hearty red meat dishes. It could be positioned as a desert beer with chocolate or coffee flavoured desserts or as an after dinner night cap.