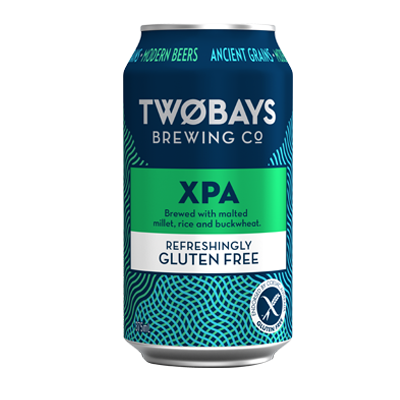 While some brewers focus on colour and aim for an extra pale looking finish in an XPA, others shoot for a bigger version of the Pale Ale – with everything dialled up. The X-factor in the TWØBAYS XPA is an amped-up hop profile, which makes this a refreshingly crisp beer sitting as middle sibling to our Pale Ale and IPA. We’ve retained the green that featured on the No Man's Land seasonal release can, but changed the design to match our Pale Ale and IPA. It’s also Coeliac Australia endorsed.

Great for a little extra without the big ABV; we've filled the gap in our core range.