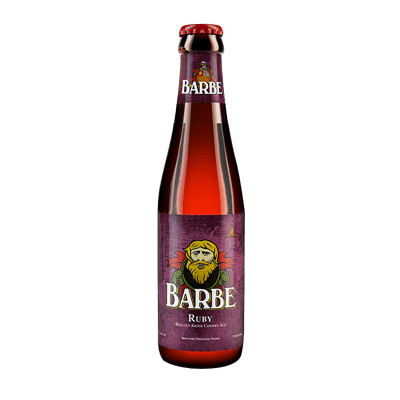 Barbe Ruby is one of the four Barbe beers. The name of the series of "Barbe" beers refers to the Liege brewery "Barbe d'Or". Brewery Barbe d'Or was a medieval brewery in the old town of Liege (Belgium) and belonged to the family "de Romsée", an ancient Liege family whose coat of arms adorns the logo of the Barbe beers. Barbe Ruby is a top-fermented beer. The "Barbe Ruby" is the fruity beer in the series of "Barbe" beers. Its taste has aromas of fruit with hints of almonds and light sour cherries. The taste is initially sweet and fruity and keeps nicely the balance with a refreshing aftertaste.