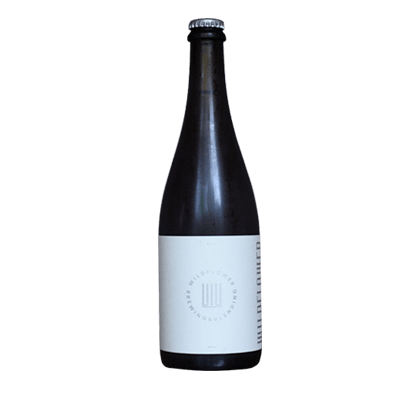 Waratah is a collaboration between Ryefield Hops (Bemboka, NSW), Voyager Craft Malt (Riverina, NSW), Batch Brewing Co (Sydney, NSW) and us. Our release of the beer last year marked the first commercial release of a beer made entirely of NSW ingredients. The 2018 version now makes the second.

Its grains were grown and malted in NSW by Voyager Craft Malt. In the boil we used Cascade and Fuggle hops grown and dried in Bemboka, NSW by Ryefield Hops. The wort was transferred to Wildflower where it underwent primary fermentation in stainless for 5 days.

The yeast we pitched was different than our usual house culture, which includes a strain native to Belgium. Instead, for Waratah we pitched a happy culture of yeasts that we had foraged from here in NSW. Since from when we started, we have kept the two cultures separate (the house culture and our native culture). The only beers we have made with this culture so far have been Waratah 2017, Foudre Beer #1 and Waratah 2018.

After primary fermentation, the beer was transferred into oak barrels where it aged for 12 weeks. We racked the beer out and dry-hopped it with more Cascade we had received from Ryefield. The hops steeped in the puncheon for another week before we packaged it on 16 August.

At release, it has aromas of fresh fruit & lemon meringue that combine with savoury biscuity notes. It has strong lemon citrus elements of lemon pith marmalade and a gentle toastines.