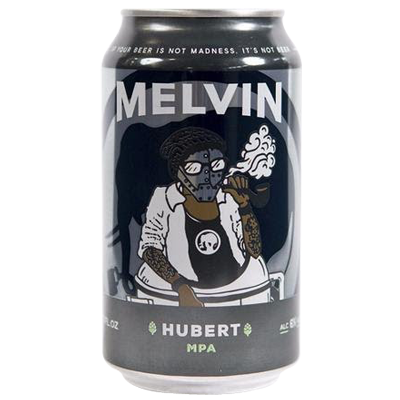 Hubert? I've heard of him. A friend of a friend knows him. Apparently he's awesome, but we've never met. Well. It's about time you did. Some would just call him an IPA, but we call him an MPA. The Melvin Pale Ale. A welcomed hand shake to your taste buds. Light, crisp, fresh and a little bitty bitter. Lets just say he won't be that jerk that leaves you at the bar at 2am. He's low in alcohol. What a nice guy..... that Hubert.