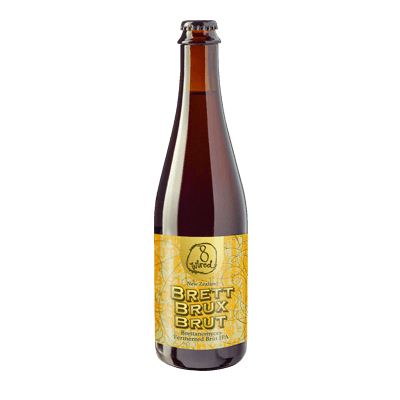 Brettanomyces, or "Brett" as its known in the beer industry, is a kind of yeast-a "wild" yeast that can have a desirable, or less desirable, impact on fermentation and therefore flavour of beer. The specific type of yeast used in fermentation will impact the final flavour of the beer, that's why some craft brewers cultivate specific strains of yeast and guard them like trolls under a bridge. The flavours you get from a Brettfermented beer are particularly distinctive, with an emphasis on funkiness, spice, fruit and a bit of tartness. After initial fermentation of the beer, Soren added Brett to the tank and let it sit for another couple of months, which has created some really funky flavours. Then it was dry hopped heavily, like a double IPA.