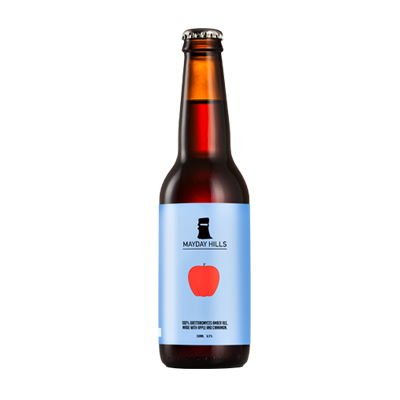 Apple is the latest release in the rapid-fire Mayday Hills series, fermented in the brewery's oak foeder with its house Brettanomyces yeast. This one features the caramelised reduction of 500 litres of local apple juice and cinnamon sticks, added to a red ale base. As you might expect, it conjures memories of baked apple and cinnamon pie or a toffee apple procured at a fair on a chilly autumnal eve, with the key ingredients joined by some caramel and chocolate flavours before a relatively potent, cleansing tang takes over.