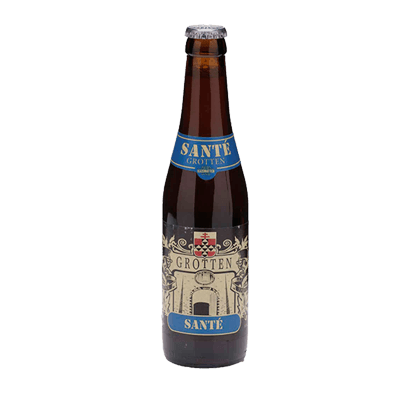 The Grottenbier was created by one of the greatest Belgian brewers, Pierre Celis. The aim of Grottenbier is to see what the influence of a constant low temperature, such as in a cave, does to the evolution of a beer taste. In 2002, Pierre sold the beer (name and recipe) to Brouwerij St. Bernardus, where it has been commercialised for the last ten years. When De Kazematten became a possibility, St. Bernardus immediately saw a new home for the Grottenbier. The dream of Pierre became reality. The cooperation with the marl caves of Valkenburg and Kanne will continue in the future as well. In these marl caves you can experience what the low temperature do with the maturisation process of the Grotten Santé. Like the Grottenbier has matured there for the past 10 years, we will do the same with the Grotten Santé.