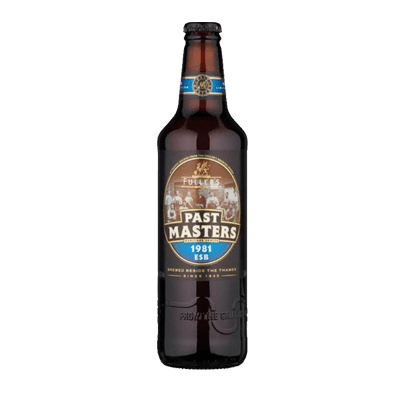 1981 ESB is the Ninth beer in our celebrated Past Masters series, which sees long-lost recipes revived from our famous brew books.

We've brewed something extra special to celebrate the career of Fuller's legendary brewer John Keeling, who retired in 2018. This full-bodied, fruity beer uses the Extra Special Bitter recipe from John's first day at Fuller's in January 1981.

Every single afternoon since 1845, the Fuller's brewing team has diligently written out the ingredients of the day's brews - and the Past Masters series is a great example of why we do it. Better with age As a bottle conditioned beer, 1981 ESB contains sediment that allows the flavours to develop up until the moment the bottle is opened. This beer should, therefore, be stored upright in a dark place, and poured carefully when served for the best possible results.