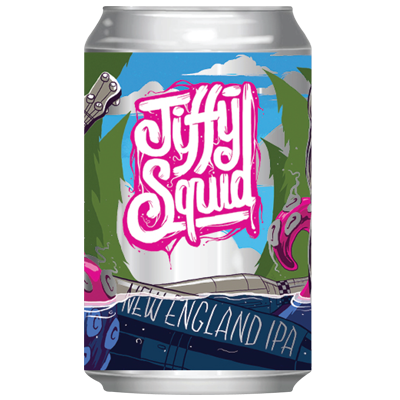 New England IPA's have become an increasingly popular style of beer in the last 6-12 months, with Australians catching the apparently highly contagious 'haze-craze' from our American friends. New England IPA's (NEIPA for short) are characterised by their cloudy, sometimes downright murky appearance caused by additional proteins added to the brew. The result from this addition is that the hop profile of the beer is changed, removing much of the bitterness from the hops while retaining the aromatic, fruity and floral characteristics.

Jiffy Squid is true to style, with a hazy, almost latte-esque appearance, with buckets of fruity and floral aromatics and flavour without the usual bitterness of an IPA.