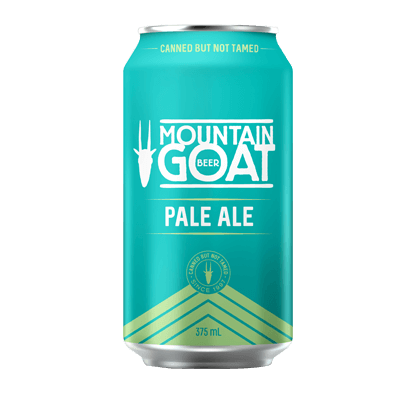 Those familiar with Mountain Goat will remember a Pale Ale in the lineup, way back in the day. Then, for around a decade, it could only be found on tap at the brewery. We would give the recipe a tweak every now as the craft world grew around us and more folks were drinking Pale Ales.

It's back for good now as a hop-driven, American inspired Pale Ale.

Well balanced and extremely drinkable, this one is perfect all year round.