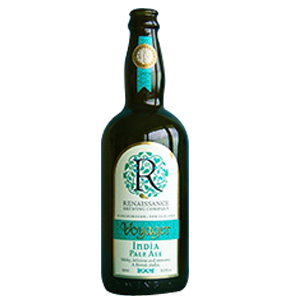 Inspired by the boldly hoppy Ales of old that were exported from Britain to the furthest corners of her vast and glorious empire, Voyager I.P.A. is a rich satisfying Ale with an emphatic hop bite.

Renaissance brew this beer with pale ale malt from Canterbury, and small additions of European specialty malts to yield a malt base on which to build its hop edifice. They generously hop it with two Kiwi hop varieties for bitterness then finish it with Fuggles (as a nod to I.P.A.'s British origin) and New Zealand bred Riwaka hops for a spicy floral finish.

The result is an ale that will coat your palate with hops and it you will leave you in no doubt that you have had a beer! It is just as good carbonated and chilled as it was when it was flat and warm!