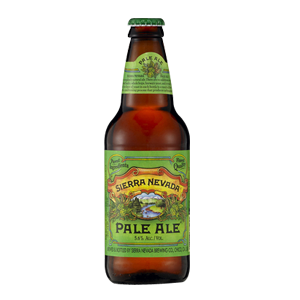 The Pale Ale is Sierra Nevada's most popular beer. It is a delightful interpretation of a classic style. It has a deep amber colour and an exceptionally full-bodied, complex character. Generous quantities of premium Cascade hops give the Pale Ale its fragrant bouquet and spicy flavour.