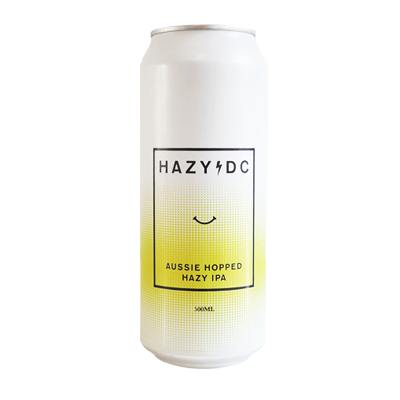 Good things come in threes - lights, camera, action; guitar, drums and bass; grain, hops and yeast. Balter are about to complete their own trio of goodness, by launching the latest of three Hazy beers they've debuted this year. Called Hazy DC, the limited release celebrates Australian homegrown talent by using three types of local hops for a uniquely lovable beer.

While American hops have dominated the craft beer market over the last few years, there has been a growing interest in Australian varieties, particularly for brewers and beer lovers from the country itself. With this movement, there has sometimes been an expectation that Australian hops won't always be as refined as other options. However, Balter Head Brewer Scott Hargrave reckons this needn't be the case.

"Aussie hops have these wonderful tropical flavours, but also have a wild streak with bittering and other characters that sometimes refuse to be tamed," explains Scott. "The thing is, you can smooth out those edges a little by adapting malt profiles and bittering additions in the beer. That's what we've done with Hazy DC. There's still plenty of grunt and character. We've simply pushed the fruity notes to the front of the stage, so the behind-the-scenes stuff won't offend your nanna."

Hazy DC joins Balter Hazy and Balter Dazy to complete their band of cloudy, juicy beers that have fast become a favorite in the world of brewing. The release explores an extra facet of what's possible in the hazy style, going a little something like this:

Sometimes you've just gotta say cheers to homegrown talent. Hazy DC is born from an all-Aussie lineup of hops. Loveable larrikins Galaxy, Vic Secret and Enigma throw up the horns with mango and pineapple, all wrapped around smooth malt profiles and a riff of bitterness. For those about to slurp, we salute you.