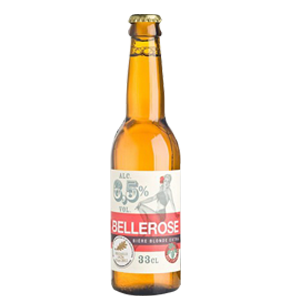 Bellerose is a Top fermented beer made with 3 hops from 3 different continents by Brasseries Des Sources(Brewery of the Springs). A mix between French "bière de Garde" and IPA with distinctive aromas of citrus & litchi with a hoppy but refreshing aftertaste ! After less than one year of brewing, this beer have won three medals in prestigious beer Comeptition and was elected as the "Best Ale over 5% in the UK" at the International Beer Challenge of London 2011 !