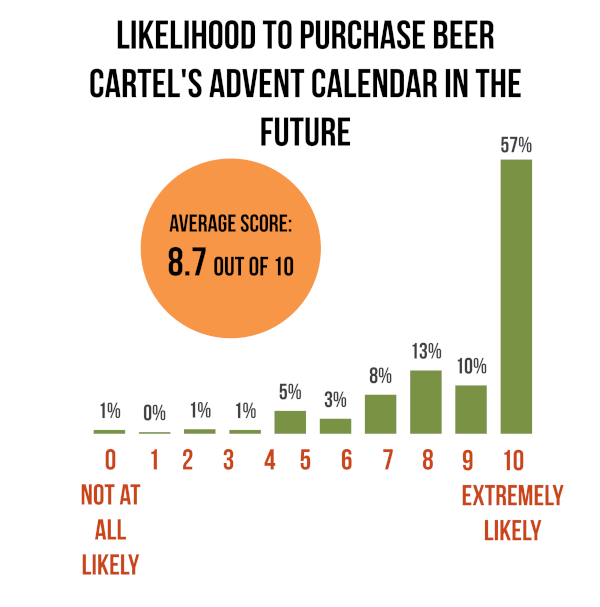 We just wanted to say a BIG thanks to everyone who took part in our Advent calendar survey.

Feedback assists us in creating the amazing products you want, and for that we’re extremely grateful.

The awesome news is the vast majority of you really enjoyed the 2020 Beer Advent Calendar. 88% of you gave the pack a rating of 7 out of 10 or higher, with an average score 8.7. 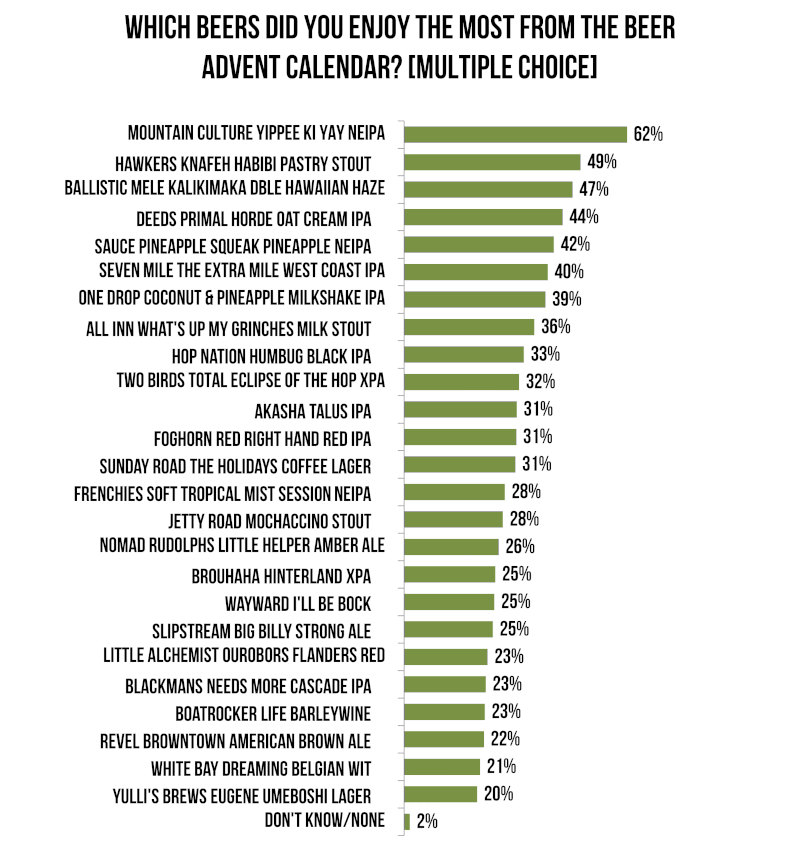 The top 5 beers except for #2 Hawkers Knafeh Habibi Pastry Stout were all an IPA variant, with most NEIPA's. Mountain Culture Yippee Ki Yay NEIPA was voted this years #1 Advent Calendar Beer. 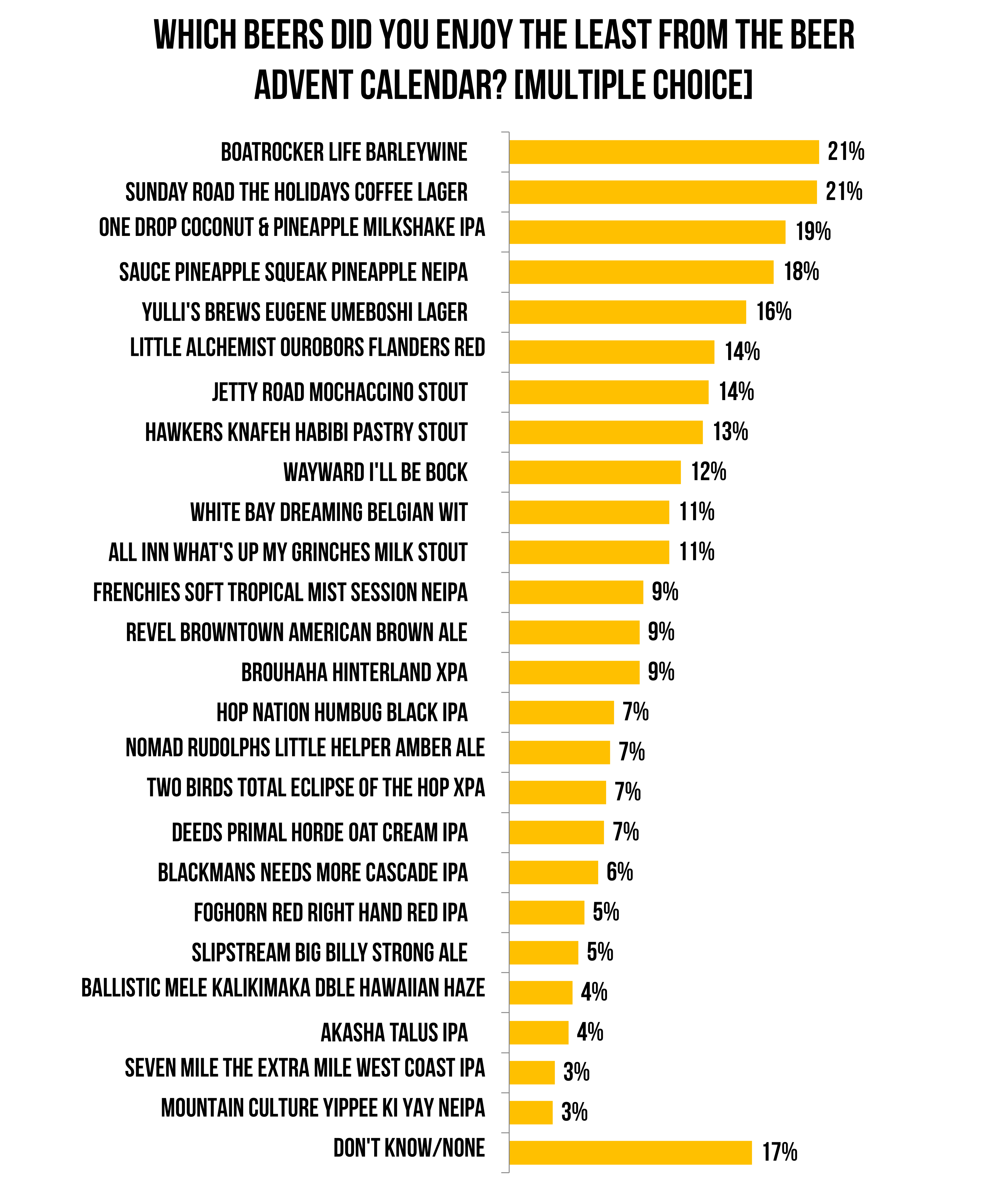 17% either didn't know/did not have a beer they least liked, which meant for many that wasn't a beer in the Advent Calendar they didn't like! 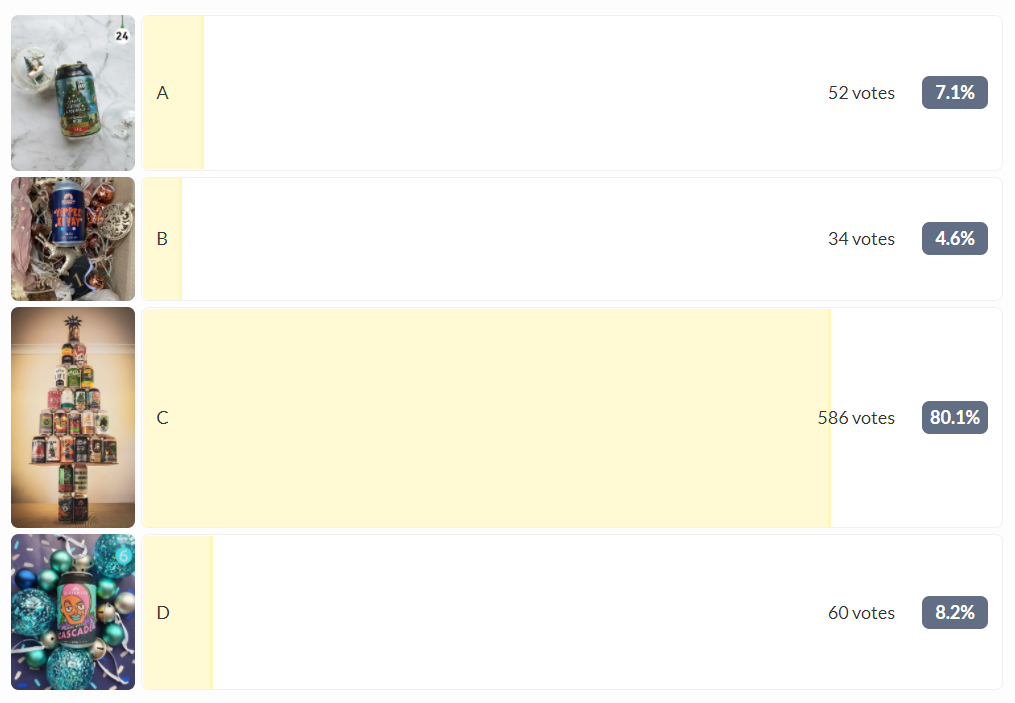 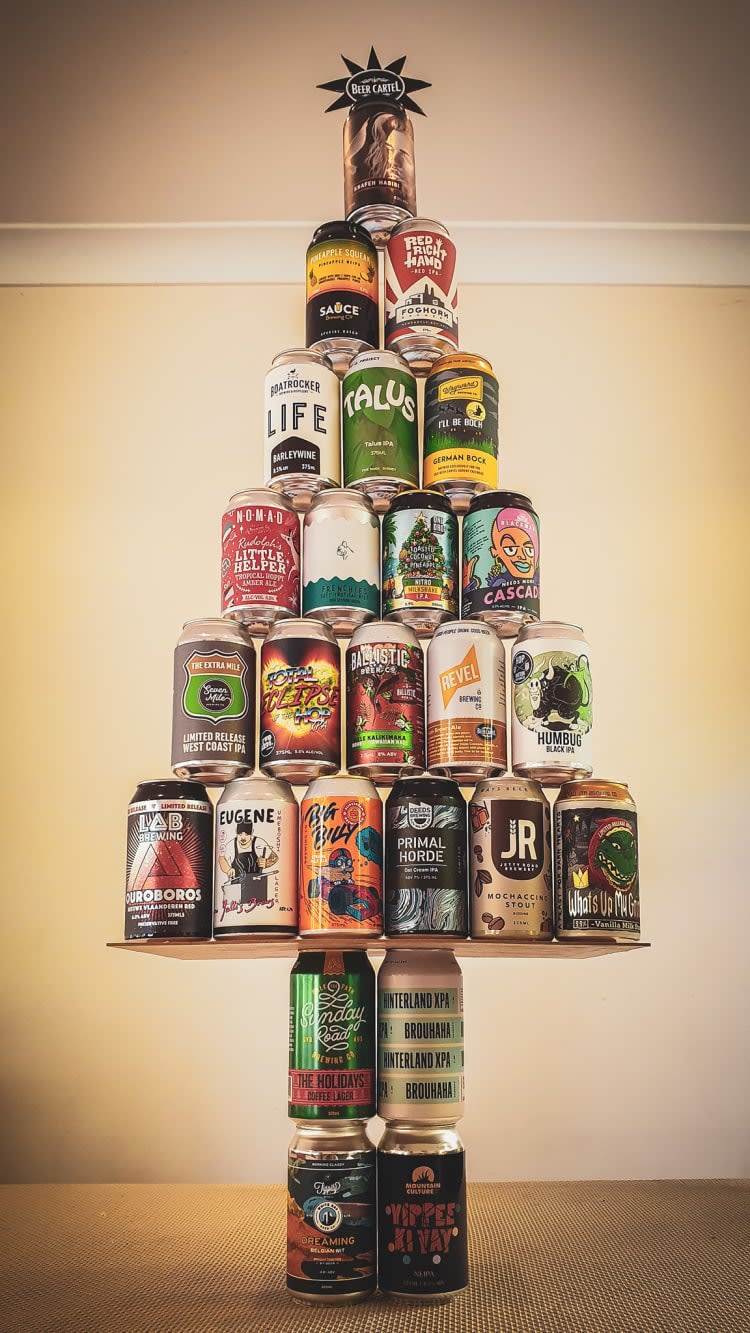 And congrats to Grant Lloyd you are the random winner of a $100 voucher to spend with Beer Cartel for answering this survey!

For 2021 we’ve already begun putting our thinking caps on how to keep improving on this year's Beer Advent Calendar - we've taken all feedback on board both positive and negative.

If you haven't already done so you can register to be notified when the 2021 version is released for pre-order here.