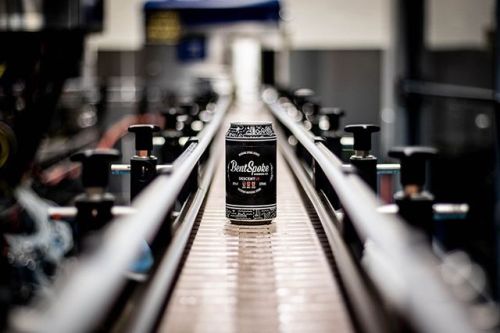 Description: For the past nine months, our Russian Imperial Stout has aged in American oak bourbon barrels, allowing the vanilla and whisky characters to invade the Russian Imperial Stout. Late in May, our brewers expertly blended it with a fresh RIS, bringing out all the best of its old and new characteristics.⠀
⠀
RIS started its journey when Emperor Peter the Great opened up Czarist Russia to the English in the early 1800s. They needed a beer that wouldn’t freeze on its journey deep into Russia, so they brewed strong stouts at 10% ABV. Higher in alcohol than traditional stouts they named them Russian Imperial Stouts.⠀
⠀
Our head brewer, Richard Watkins was the first brewer in Australia to brew a RIS, way back in 1999. BentSpoke Brewing Co has always celebrated its birthday with the release of a RIS in June every year.⠀
⠀
Limit 1 can per person. Available in store & online: http://bit.ly/2X3PhKA⠀
@bentspokebeer