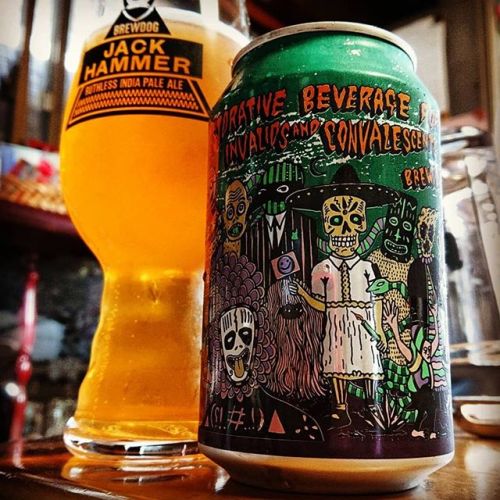 Beer description: From their 1700’s London origins to their 1800’s Burton heyday through their 2000’s Californian rebirth, IPA has remained one of the world’s most evocative, exciting and encapsulating beer styles. IPA is our go-to style here at BrewDog; from Punk to Hardcore, Jack Hammer to Atlantic IPA, we have majored in bringing you as many hop-forward beers to you as is humanly possible.

We wanted to brew a completely new and conceptual IPA that paid tribute to the style’s origins whilst incorporating the devastatingly modern techniques and technologies. A 21st Century drink with an 18th Century ethos; a very new yet very old IPA.

We found our inspiration from a doctor. The ‘father of Pharmacology’ Dr Jonathan Pereira to be precise. In 1843 he published a book which shook the establishment. Titled “A Treatise on Food and Diet”. Screw any semblance of balance. This beer is like injecting hops straight into your tongue with a needle. Inspired by that other great era for India Pale Ales, the mid-nineteenth Century, Restorative Beverage is going to be impossible to remonstrate with, or counter. Its entire foundation exists on the basis of scientific fact. The good Doctor had spoken. Restorative Beverage for Invalids and Convalescents is medical opinion writ large. History brought to life. It is the biggest, baddest, most uplifting IPA we have ever made.