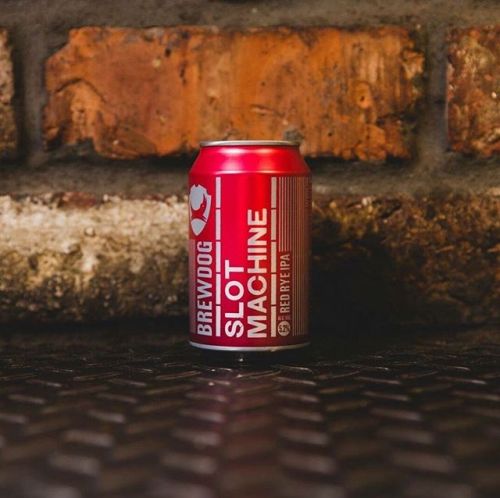 Slot Machine is 5.2% ABV and packs a bitterness of 55 IBU from being kettle hopped with Magnum, but also a hit of citrus from Amarillo in the whirlpool and dry-hop. A third wave was also added; herbal spice from German hop Callista bringing a nobility to the proceedings. Added with the Amarillo, this new hop (first released in 2016) also gives a berry fruit and gooseberry character, so Slot Machine has a series of interlinked hop flavours to unravel!

The beer was also brewed with Pale, Carafa and Crystal malt to give notes of caramel, toffee and bread crust as a baseline, and then layered with a generous addition of rye. BrewDog love brewing with this ingredient, despite the potential it has to make brewers think twice. In Slot Machine it adds a depth of spice to go with the hops and balance out the caramel from the Crystal malt. In short, as any brewer will tell you, rye holds everything together.