Yes, yes it most certainly can, and does. Although, drinking expired beer won’t make you sick (at least not from nasty little germs as nothing harmful will grow once a beer is properly fermented, in other words it doesn’t spoil). When beer goes off, it’s the flavour and mouthfeel that take a hit.

The general rule is craft beer is best served fresh, as the flavours and mouthfeel are at their optimum. This is typically considered up to three months from bottling/canning. After three months the unique notes of the beer begin to decline, flavours start to fade, oxidisation occurs, and the protein structure that gives the beer body starts to break down.

However, not all beers peak early then let themselves go, some age gracefully like Keanu Reeves. Bottle-conditioned ales with an alcohol content of 9% or higher are perfect for ageing up to and even beyond a year. Through the ageing process they undergo the same breakdown in flavour and structure as expired beer, though it’s this very process that actually improves the flavour of the beer. Rich undertone flavours emerge that may not have been perceptible before and hop bitterness mellows out while malts take on dense, more honey-like flavours. Try putting away a few bottles of a strong beer like a barley-wine or a barrel-aged stout, and then open a bottle every few months to see how these beers age with grace over time. 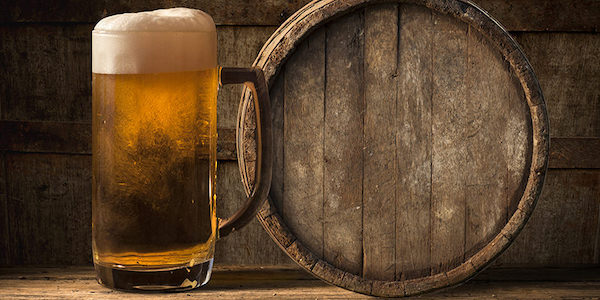 How to read bottling/canning dates:

Some beers many just display a simple date identifying when they were bottled/canned, however, many craft beers utilise the Julian date format which reads the year followed by the day out of 365 days (366 for a leap year) of the year. For example, 18243 signifies the beer was brewed on the 243rd day of 2018, which would be Friday the 31st of August 2018 – [18] year [243] day.

However, sometime the year will only be displayed with one numeral, like 8 or 7, this still signifies 2018 or 2017 – and thus a Julian date like 8324 would translate to 20th of November 2018. This may be a convoluted way to date beer but it’s industry standard, creates a clear snapshot of when it was bottled/canned and it’s easy enough to figure out.

Some styles of beer need to be consumed fresh, whilst some can sit on the shelf for a long while and still be in tip top shape like a prop with a grand tonal 45 minutes of pre-season cardio yet somehow managing to play full eighty minutes without cracking during the season debut. And we aren’t talking ageing here, just shelf life, though these robust qualities are heavily dependent on styles.

Generally IPAs, Pale Ales, Kolsch, Amber, and styles along those lines have a self-life of roughly 120 days whilst darker beers, like stouts and porters can sit on shelves up to 180 days. Whilst strong beer like a barley-wine or a barrel-aged stout can be aged for over 12 months as discusses above, and in doing so attains the label of ‘vintage’.

Packaging keeping the skunks at bay:

The debate between cans and bottles rages on, many craft beer drinkers opt for the traditional bottle over the can however, cans may just be better. Because… Dastardly UV light be skunkin’ up ya beers (that’s the actual reason it’s standard to put lime in a Corona, they were almost always skunked. However, nowadays Corona use tetra-hops which is a processed hops that doesn’t skunk). Bottles, even brown ones which are said to provide 98% protection from UV, let UV light into beers which in a matter of minutes can affect the enzymes and proteins in the beer leading to off flavour notes and aromas, i.e. skunk. Basically what happens is the hop-derived molecules in the beer break apart and recombine with a sulphuric compound and in worst case scenarios create a distinct wet cardboard flavour.Furthermore, the slightest prevalence of UV light can also dramatically reduce the self-life of exposed beers. Whereas cans protect beer from UV light, keeping the skunks at bay and the self-life to an optimum.

Can you teach an old beer new tricks?:

Yep, boil em’, mash em’, stick em’ in a stew.. wait no, that’s Samwise Gamgee's potatoes… With old and or skunked beer you can:

For more information on how to look after your beers and tips for optimal beer storage check out our blog on the do's and don'ts of storing and cellaring beer right here.