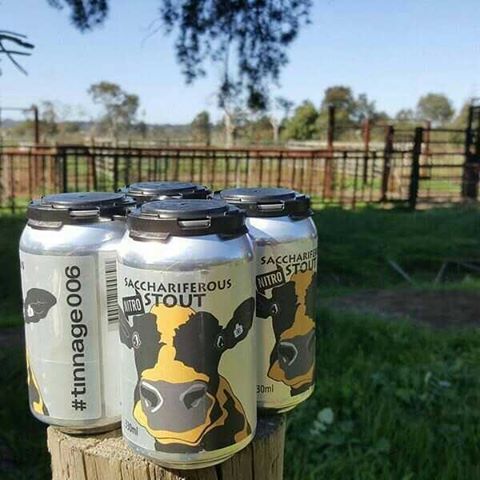 Following on from the success of their first nitrogenated (Nitro) canned beer earlier in the year, Mornington Peninsula Brewery has followed up with #tinnage006, Sacchariferous Stout on Nitro. Utilising nitrogen rather than carbon dioxide (CO2) to carbonate beer provides the beer with a creamier, smoother texture which complements this style of beer perfectly.

Sacchariferous Stout is a sweet/milk stout brewed using lactose in the brewing process, hence the name Sacchariferous, meaning containing sugar. The nitrogen dosing adds to the smooth mouthfeel of the beer, and at 4.6% ABV, it is a very approachable stout.