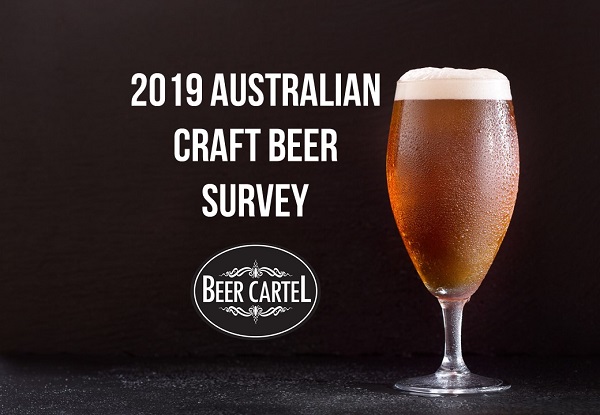 The fourth edition of a national study to better understand attitudes and behaviours of Australian craft beer drinkers has just been launched.

Richard Kelsey, Director of Beer Cartel said while the study will measure changes in craft beer habits over the past year, it will be particularly interesting to see the impact of the Independent Brewers Association (IBA) seal of independence which was released in early 2018.

“From previous years we’ve seen a strong preference for beer produced by independently owned Australian breweries. It will be fascinating to measure awareness of the independence seal since its release and understand the impact the seal has had on purchase habits,” said Mr Kelsey.

In addition, the study will also assess consumer perceptions towards the trend of more new and limited release beers being continuously canned and bottled. “What we are seeing within our business is a decline in consumption of core range beers. It will be interesting to gauge consumer perception of this; do they see this as something good for the industry, or something which could threaten it?” he said.

The results of the study will be made public to support growth of the Australian craft beer industry. In addition, Beer Cartel will offer businesses that promote the survey the opportunity to better understand their customer base, through their own tailored report.

For craft beer drinkers the survey takes just 5 minute to complete. A prize of $500 to spend on craft beer is being offered as an incentive to encourage people to provide their opinions.

The 2019 Australian Craft Beer Survey can be completed at:

Beer Cartel is an award-winning craft beer retailer, based on Sydney’s north shore. Beer Cartel stocks over 1,000 of the best craft beers from Australia and overseas which can be purchased from its’ store and website. In 2018 Beer Cartel was awarded Best Online Marketing at the Australia Post Retail Industry Awards and Retail Innovator of the Year at the eftpos ARA Australian Retail Awards for its Australian Craft Beer Survey.