Now now, we're not saying these pubs are literally Sydneys five best pubs for craft beer, we mean these five pubs are five of the best and honestly you must check them out! Maybe in one epic Friday day to night pub crawl.

Start with some early arvo bowls and a hearty ale at the Petersham Bowlo, next head into The Rocks to sink a few schoons as the sun sets behind the harbour bridge at the Lord Nelson Brewery Hotel. As dinner nears, bus it to The DOG in Randwick for an epic pub feed and great beer selection. On to the home stretch, head to The Taphouse in Surry Hills for arguably one of the best and always ahead of the game beer selections on draught. Lastly, cap it off at Bitter Phew on Oxford St, nightclubs a ready, for one last go of their irresistible taps. 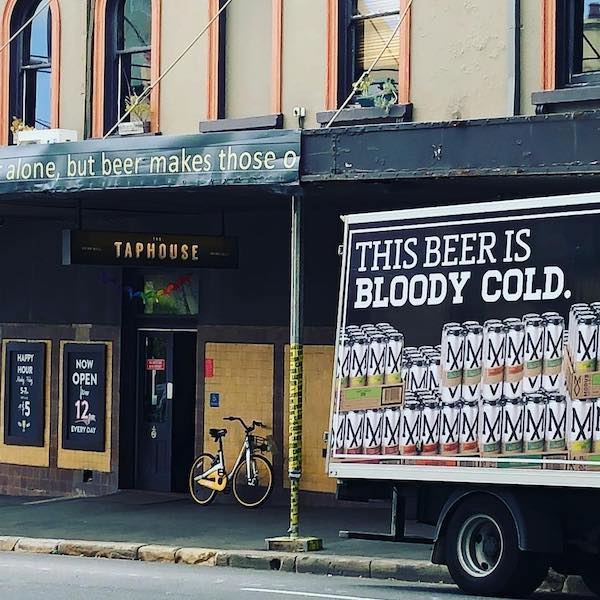 The Taphouse boldly state 'ownership matters' and 'freshness matters'. That's why they have such a penchant for tap beer (even making it there namesake), and showcase a diverse range of local, independently-owned beers over their sixty taps. "We're pretty sure we have a beer for every occasion -- and that every occasion calls for a quality beer" - Taphouse. 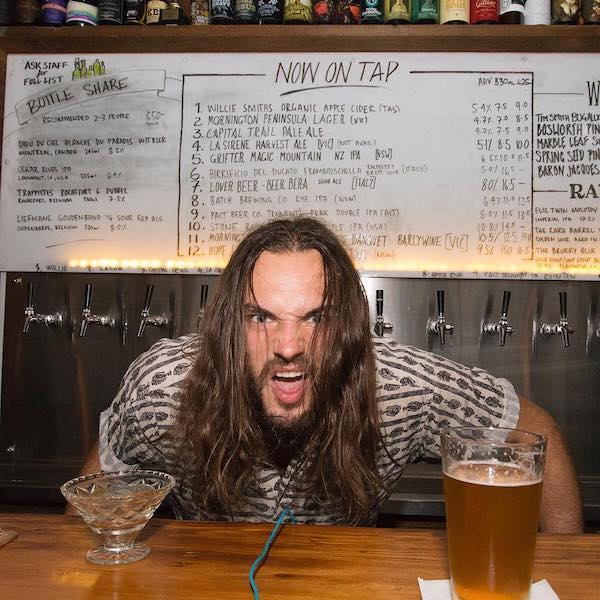 Escape the bustle of Oxford Street and head upstairs into a little slice of beer paradise. Sit at the large bar, unwind with your favourite beer while watching the world go by on Oxford Street or head out the back to the keg garden.

Bitter Phew have 12 taps rotating with the purpose and passion of making the world of craft beer accessible to Sydneysiders. They welcome all beer enthusiasts to come in and experience their selection of the finest local and international boutique beers.

However, fresh, tasty craft beer and somewhere comfortable and pleasing to drink is not their only vice, and they know everyone else has other indulgences too. Bitter Phew have also strived to ensure their wine selection, bourbon, whisk(e)y and cocktail menu are on par with the level of quality they offer in their beers. So no matter what you feel like on the night, you are sure to walk away satisfied. If you are after food their good friends at Mr Crackles and BL Burgers deliver to your seat or table. 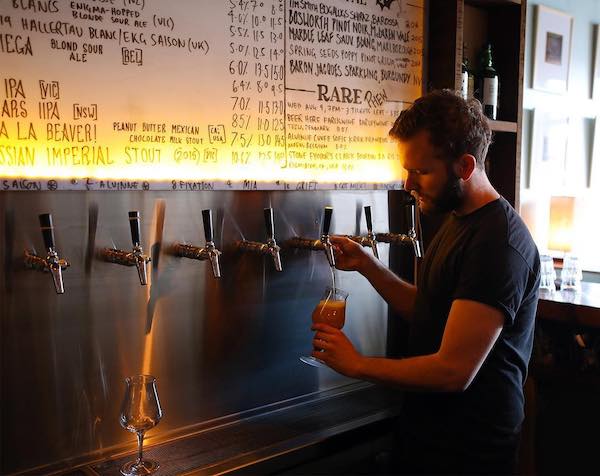 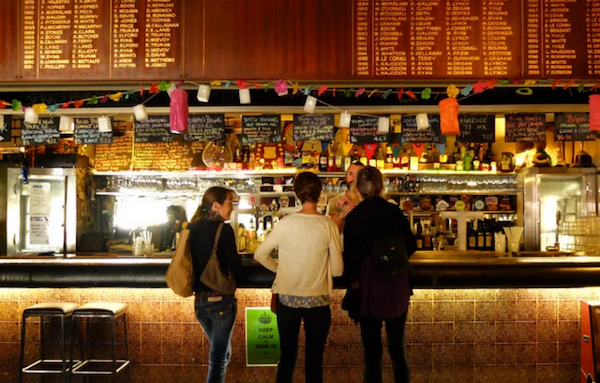 Established in 1896, the Petersham Bowling & Recreation Club (the PBC) is one of the oldest clubs in NSW, with a rich and interesting history. A few years ago the club was snatched from the jaws of property developers intent on building town houses on the site. Now the PBC is a vibrant, dynamic and creative, poker machine-free community club with a strong commitment to environmental sustainability.

Bring your mates for a drink and some barefoot bowls. Bring the kids for a play while you listen to some great music on a Sunday afternoon. Come to a gig and support Sydney’s live music scene. Get involved as a volunteer or just come and enjoy the friendly atmosphere. Everyone is welcome at the PBC!

Plus six additional rotating taps. Manager, Penny, details "I usually only buy one keg so the rotation is high (depending on the beer). I try and always have a dark, a red/amber, an IPA and a sour - the other 2 taps could be anything." 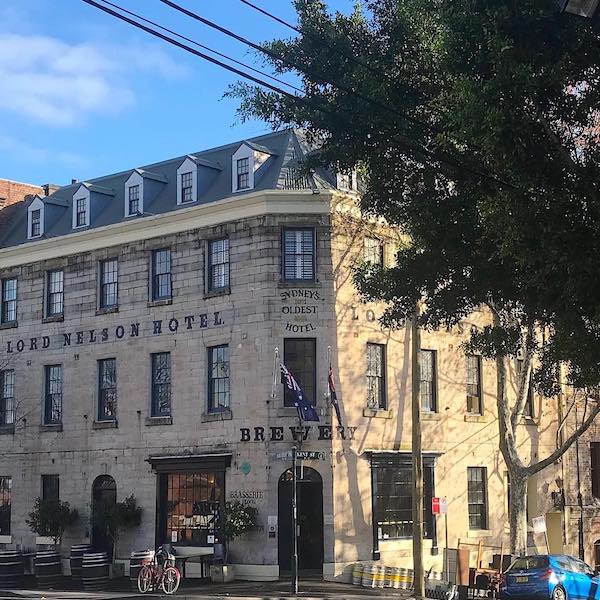 Being Sydney's oldest continuously licensed hotel, The Lord Nelson knows a thing or two about beer and they brew great in house ales that flow freshly on tap in the classic hotel that make you feel you've step 100 plus year back in time upon entry.

Relax while you enjoy one of their six 100% natural award winning Mainstay ales or regular Seasonal Ales - all brewed in house - and soak up the old world feel of the Bar. Come in for lunch or dinner and enjoy their delicious pub fare or simply snack on a pork pie or ploughman's lunch.

Lifted florals of citrus with a balanced malty dry finish. Our House Favourite here at The Lord.

Malty on the palate with a long dry finish. A great session ale.

Rich creamy with a smooth roasted finish. If you like Irish stouts you'll love this.

The Duke Of Gloucester, Randwick 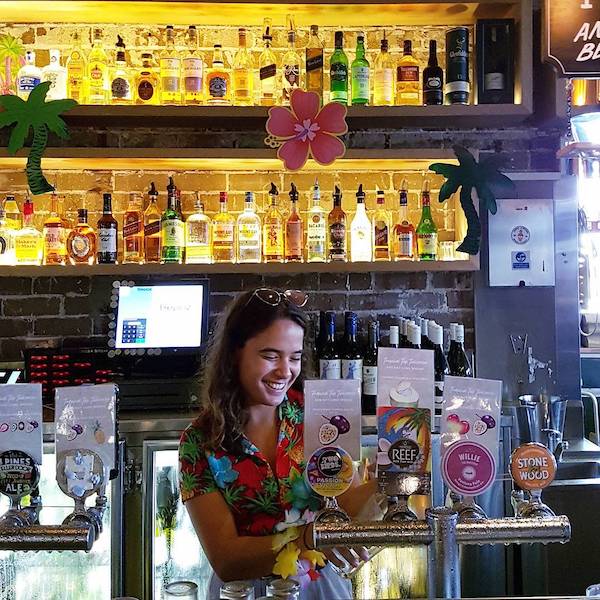 I may be slightly biased as this is my local, but that aside, this is a great pub with a wholesome and diverse tap selection, great staff, and classic, delicious pub food with irresistible meal deals such as two for one Tuesdays, two for one steak Fridays, and $22 Sunday roast. I've had many a great night a The DOG, its where I developed and still hone the sesh rig I so diligently maintain. The craft taps are constantly revolving with great beers and the classic staples still hold their ground, a place for breaded crafty connoisseurs and hi-vis, hardworking dad-stubbled VB fiends alike.

Well there you have it, summer is here so get out to one of these great venues and enjoy an ice cold beer! You'll find me tonight at The Dog for their glorious two for one dinner and Schoon of Wayward 'Cherry, Cherry'!

NOTE: all tap lists are as of Nov - Dec 2018 and may or may not still be on tap. The tap lists are mainly there to show the calibre of beers and care taken in curating the quality, diverse, and unique rotating taps at these fine venues.*