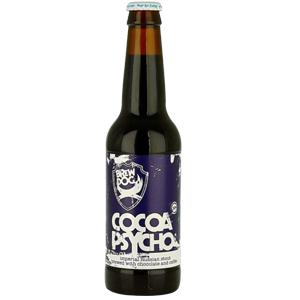 A 10% decadent and indulgent Imperial Russian Stout. Brewed with a copious amount of dark malts, infused with coffee beans during the boil and after fermentation and aged on cacao nibs, vanilla pods and toasted oak chips. This opulent whirl of chocolate, coffee, dark malts and hops even rivals the most colourful of imperial Faberge eggs. Originally created to celebrate the Russian Royal Family, this is a fitting tribute with which to toast your own empire.